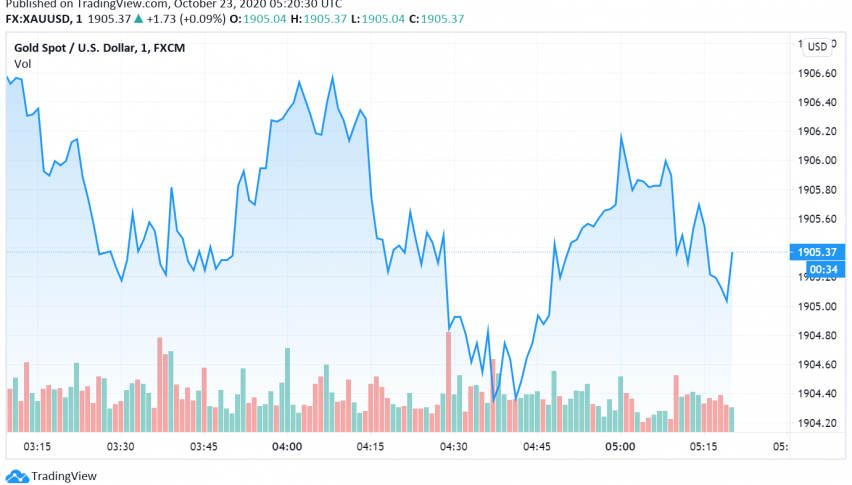 Gold prices are trading bearish on Friday ahead of the next presidential debate between Trump and Biden later in the day, even as markets await confirmation on the next round of fiscal stimulus in the US. At the time of writing, GOLD is trading at a little above $1,905.

House Speaker Nancy Pelosi stated that discussions with Democrats were progressing well and hoped that both sides could agree on announcing the coronavirus relief package soon. However, White House Chief Economic Adviser Larry Kudlow adopted a more cautious tone when he stated that there were “significant policy differences” that may take longer to resolve, which could delay the rollout of more stimulus measures until after the presidential elections.

Gold prices also came under pressure on the release of encouraging economic data in the previous session. While weekly jobless claims posted a greater than expected decline, home sales in the US soared to the highest levels in over 14 years during September.

Britain and the EU continuing daily negotiations on a post-Brexit trade deal have also dipped the safe haven appeal of gold for now. However, gold prices are expected to remain high with strong demand for the metal among investors to last well into 2021.