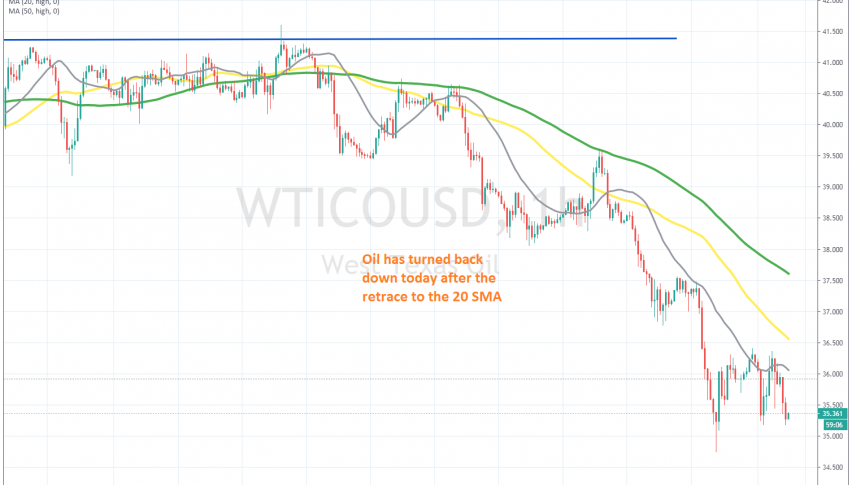 The Pressure Remains Bearish in Oil

The rerace higher is over for crude Oil

It has been such an amazing for crude Oil, starting the year above $65 and turning bearish on the US-Iran geopolitical tensions initially. Then came the coronavirus and everything went to the rubbish bin. The situation got worse in April as Saudis flooded markets with cheap Oil, sending US WTI crude to -$37.

But the decline ended in the middle of April, right at the middle of the lock-downs and since then until September 1 Gold was really bullish, climbing around $80. But then the first reversal came at the beginning of September, followed by the second leg down at the end of this month, which is still continuing today.

The resistance zone at $41.50 kept rejecting Oil and the decline finally started on October 20, picking up pace on the way as the USD turned bullish this week. Moving averages have turned into resistance during this time, pushing the price down. yesterday WTI crude Oil fell below $35, but then retraced higher to the 20 SMA (grey) on the H1 chart. Today the price has turned back down again, so Oil remains bearish. We will try to sell retraces higher probably at the 20 SMA again.