The US dollar is holding strong against other leading currencies, including the Euro, buoyed by a better than expected Q3 GDP reading even as the ECB signaled the possibility of more stimulus to support the Eurozone economy. At the time of writing, the US dollar index DXY is trading around 93.87.

The dollar jumped close to the highest levels seen in a month after the ECB hinted at rolling out more monetary stimulus in December to offset the economic damage from the coronavirus pandemic, even as the number of cases continue to climb higher across Europe. With governments bringing back lockdowns and restrictions, the Eurozone economy is expected to suffer even more, while economic recovery could get further delayed due to the second wave.

A better than expected rebound in the US economy during the third quarter of the year has also boosted the US dollar for now. The GDP for Q3 came in at +33.1%, a record high growth after the government had imposed lockdowns in the previous quarter to contain the spread of the pandemic across the country.

A dip in the weekly jobless claims figures has also lent support to the greenback for now, easing fears of high unemployment impeding economic recovery. The latest report revealed that released in the previous session revealed that 751k people filed for unemployment benefits over the past week, down from 791k in the week before that. 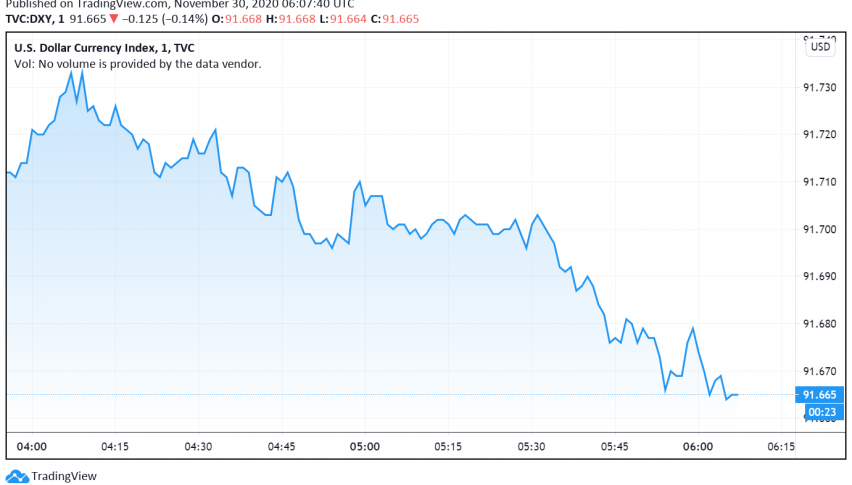 US Dollar Weakens Amid Vaccine Optimism, Possibility of More Stimulus
3 hours ago

UK's Economy to Experience Most Severe Contraction in Over 300 Years: OBR
4 days ago
Comments