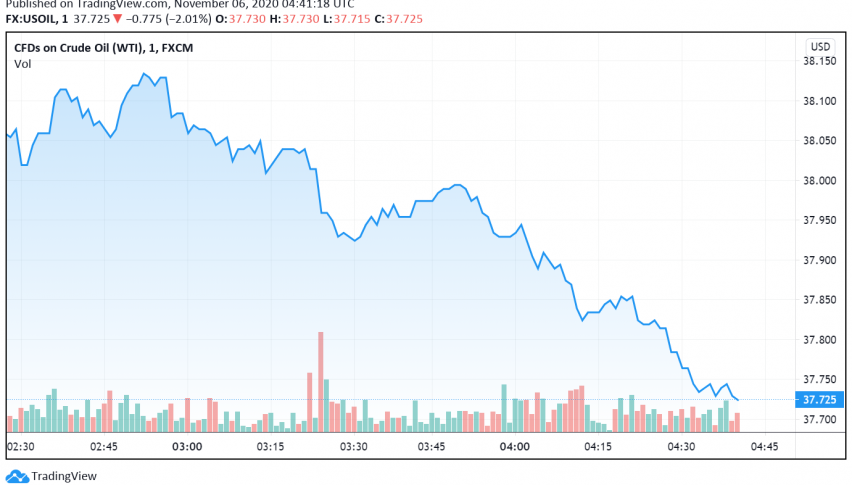 WTI crude oil continues to trade bearish into Friday, losing almost 2% of its value amid worries about the latest round of lockdowns being announced around the world and its impact on oil demand. At the time of writing, WTI crude oil is trading at around $37.72 per barrel.

In the previous session as well, WTI crude oil fell by nearly 1%, making it all set to post a weekly loss for the first time in four weeks. With countries around Europe as well as the US seeing a record spike in the number of fresh cases, traders expect more restrictions to be announced, which could dent the demand for oil further.

The onset of winter is being blamed for the recent resurgence in infections around the world, and this is likely to hamper the recovery of the global economy. The EU executive commission has already revised its economic projections lower and now expects return to pre-pandemic levels to happen only by 2023 at the earliest.

Crude oil prices have also weakened due to the US presidential election, with results pointing to a victory for Joe Biden but with Republicans expected to retain power in the Senate. This could prevent Democrats from passing a large fiscal stimulus package to support the US economy, which could also have lent some support to oil.