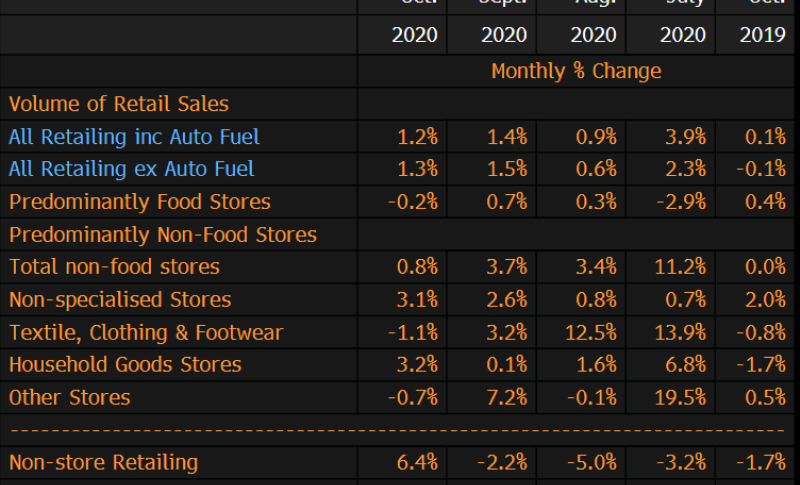 Most of the details in this report are positive

The UK economy was hit pretty hard during March and April, although it was rebounding well during summer. But, in fall, it started to cool off, as did the Eurozone economy, which is heading into recession again. The UK economy is doing a bit better than the Eurozone though, as the retail sales for October show.

But, the lock-downs, which started this month, will dip the economy into recession again. So, the October report is probably the last positive retail sales report. However, UK consumers have stocked up ahead of the new lock-downs, which has skewed this number somewhat.

That is some good news for the UK economy, as spending in October beat our expectations and grew for the sixth consecutive month in terms of retail sales volume. Looking at the details, sales from non-store retailing jumped by 6.4%, while sales from household goods grew by 3.2%. ONS also notes that consumers have started Christmas shopping earlier this year, amid early discounting from a range of stores.

The pound is nudging slightly higher, from 1.3280 to 1.3288, but in the grand scheme of things, this will do little to change the outlook of the UK economy, unless conditions elsewhere also show similar signs of improvement/robustness.
Check out our free forex signals
Follow the top economic events on FX Leaders economic calendar
Trade better, discover more Forex Trading Strategies 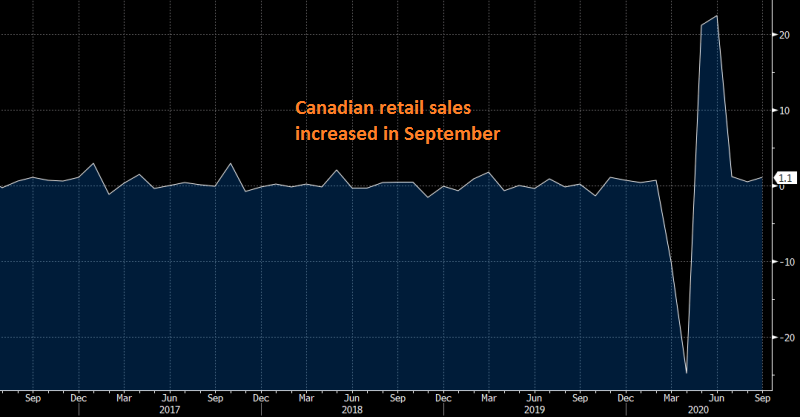 Retail Sales Increase in September in Canada
1 week ago