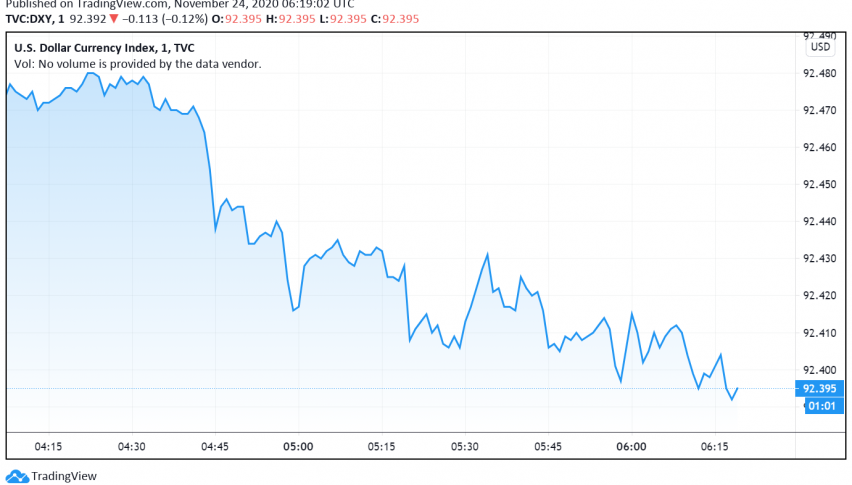 Early on Tuesday, the US dollar has weakened to trade near three-month lows as the risk appetite in global markets received a boost over reports about one more promising COVID-19 vaccine, even as uncertainty around the US presidential election eased. At the time of writing, the US dollar index DXY is trading around 92.39.

During the previous session, markets cheered news of AstraZeneca’s vaccine which reportedly has an effectiveness of around 70% in pivotal trials and can go up to becoming 90% effective. The latest development follows successful reports from Pfizer/BioNTech and Moderna that have also announced vaccines against COVID-19 with over 90% effectiveness.

The safe haven appeal of the US dollar suffered further after President Donald Trump allowed the GSA to start the process of transition to President elect Joe Biden and his team. This comes after weeks of uncertainty over the results of the presidential election that Trump has been challenging in court and refusing to concede his defeat.

The US dollar is also trading bearish over reports that Biden was likely to select former Fed chair Janet Yellen as his Treasury Secretary. Yellen has been vocal about the need for more stimulus to offset the damage caused to the US economy by the coronavirus pandemic, increasing the possibility of more fiscal stimulus measures being announced soon. 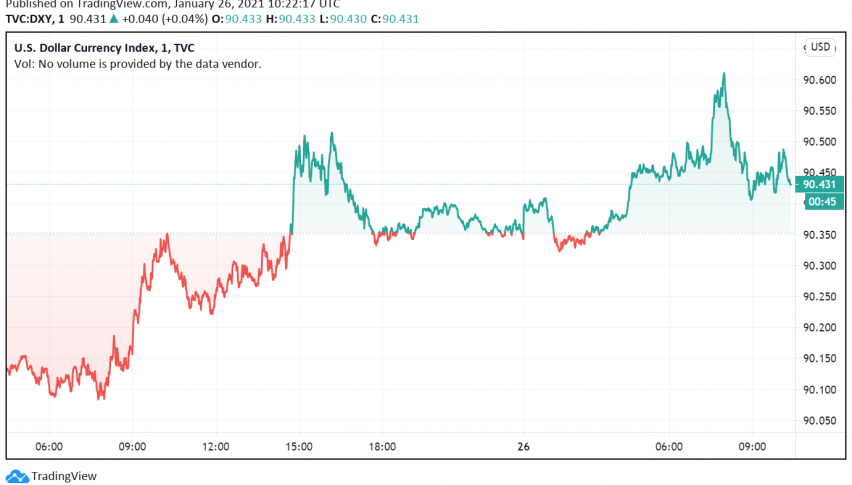