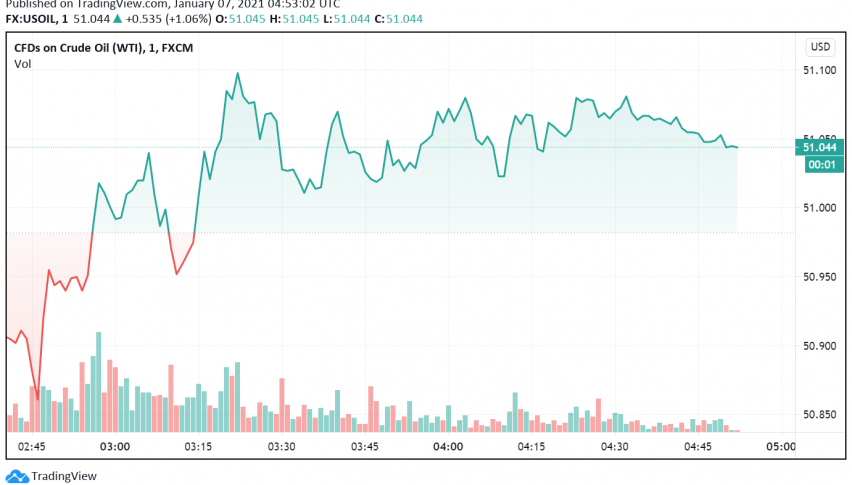 WTI crude oil prices are holding steady early on Thursday, a day after violent protests at the Capitol, as markets focused on the positive effects of Saudi Arabia tightening oil supply. At the time of writing, WTI crude oil is trading at around $51.04 per barrel.

Global financial markets experienced considerable volatility over the previous session after Trump’s supporters stormed the Capitol to protest the Congress certifying Joe Biden’s victory in the presidential elections. The violent and unexpected protests resulted in the death of a woman in police firing and caused significant destruction within the premises.

However, despite the risk-off mood driven by the events at the Capitol, crude oil enjoyed support from the EIA report which released on Wednesday. According to the EIA, crude stockpiles in the US declined by 8 million barrels to 485.5 million barrels last week.

In addition, the sentiment in oil markets received a boost earlier this week after Saudi Arabia agreed to cut crude production by an additional 1 million bpd in the wake of the weakening demand. The announcement following the OPEC+ meeting helped crude oil prices rise above the key $50 level.