During Tuesday’s early European trading session, the USD/JPY currency pair managed to extend its winning streak of the previous session, drawing some further bids well above the 104.00 level. However, the bullish sentiment surrounding the currency pair has remained supported by the optimism over the rollout of COVID-19 vaccines and the hopes of additional US fiscal stimulus measures, which boosted the market trading sentiment and undermined the demand for the safe-haven Japanese yen. It was seen as one of the key factors that pushed the USD/JPY pair higher.

The market trading sentiment has been gaining positive traction since the day started, receiving support from the optimism over the rollout of COVID-19 vaccines and hopes for additional US fiscal stimulus measures. As per the latest report, US President-elect Joe Biden is ready to take office on January 20, when he will push for the $ 1.9 trillion stimulus package that was already outlined last week. In the meantime, Treasury Secretary nominee Janet Yellen is also expected to push the government to “act big” with its next coronavirus relief package when she testifies before the Senate later on Tuesday.

On the data front, China’s 4th quarter (Q4) GDP increased from 6.1% to 6.5% YoY, but on a QoQ basis, it eased  to 2.6%, against the predicted 3.2% and the previous 2.7%. Moreover, Industrial Production for December grew past the expected 6.9%, to 7.3% YoY, while Retail Sales fell below the previous readout of 5.0% and the 5.5% market consensus. On the other hand, the renewed optimism over a possible vaccine for the highly infectious coronavirus also played a major role in supporting the market trading sentiment. Hence, the upbeat market mood undermined the demand for the safe-haven Japanese yen and was seen as a key factor that pushed the USD/JPY currency pair higher.

Meanwhile, the market trading sentiment was rather unaffected by the fresh lockdown restrictions in China, Britain and Europe. As per the latest report, China recorded an increase of 9 new COVID cases, while the number of people hospitalized for COVID-19 was 25,584, which was uo from the previous day’s reading for the second day in a row. In addition to this, the virus-led restrictions in the UK, Japan and the US are also gaining momentum for the time being.

In the absence of any major economic releases from the United States, US Treasury Secretary nominee Janet Yellen’s testimony will influence the USD price dynamics. Meanwhile, the broader market risk sentiment could produce short-term trading opportunities in the USD/JPY currency pair. 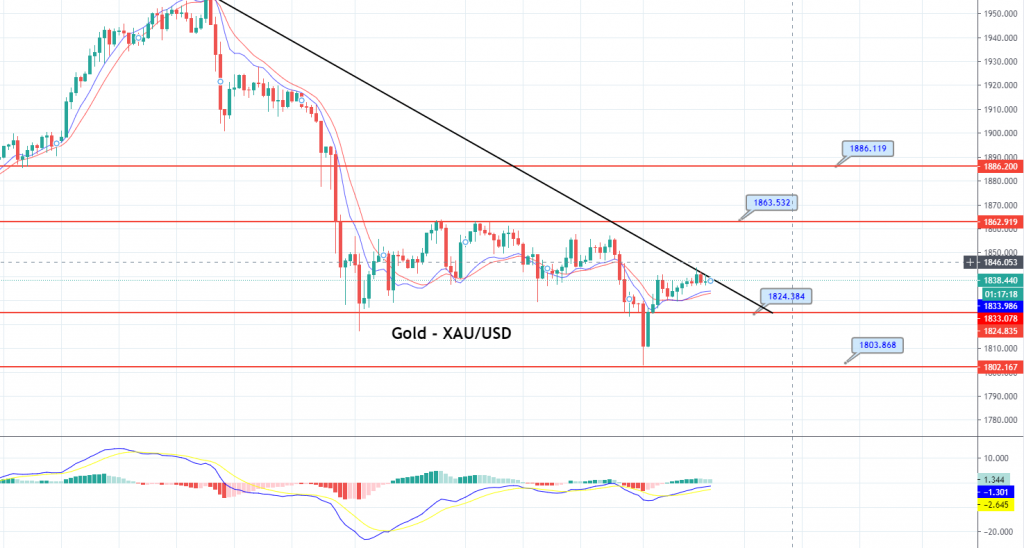 The USD/JPY pair is trading with a neutral bias around the 103.985 level, and the closing of candles over the 103.800 level supports a bullish bias in the USD/JPY pair. On the higher side, the resistance remains at the 104.340 level, and the continuation of a further upward trend could lead the pair towards the 104.800 mark. On the lower side, support can be found around the 103.565 level today. Good luck!