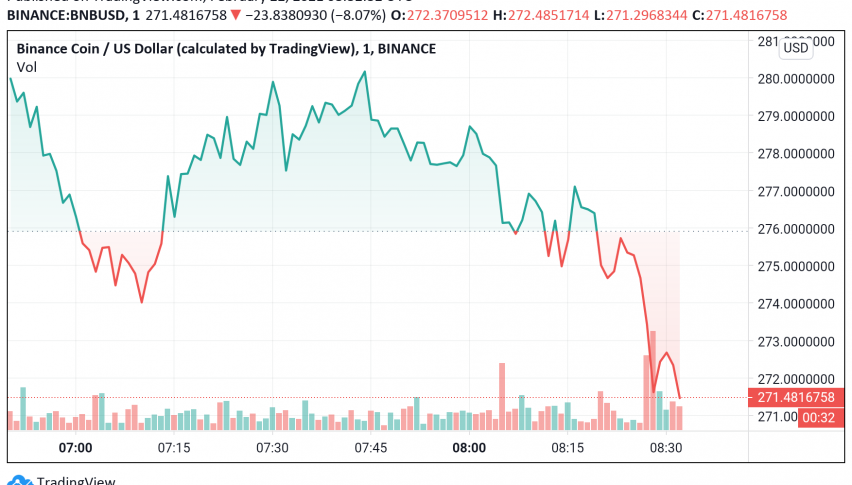 Binance Coin Sees a Pullback Over Liquidations. What’s Next?

The volatility in Binance Coin continues into the start of a fresh week, with prices falling on Sunday by over 34% with a single largest liquidation order valued at a whopping $24 million. At the time of writing, BNB is trading around $271, well below its record high of over $335 that it had touched last week.

Over the span of the past one week, Binance Coin prices strengthened by around 114%, as the world’s largest cryptocurrency exchange Binance saw trading volumes surge among the rising interest in cryptocurrencies. A significant portion of this increased interest can be attributed to the recent rally seen in Bitcoin prices, which has also benefitted other cryptocurrencies as well.

Analysts had cautioned that BNB was trading in overbought territory and could see a correction soon, after its prices rallied last week. Since the beginning of this month, Binance Coin’s value had gained by more than eight times, and the pullback seen recently could be considered normal in this instance.

Bitcoin Cash to Breakout to the Downside Soon, After the Squeeze
8 hours ago