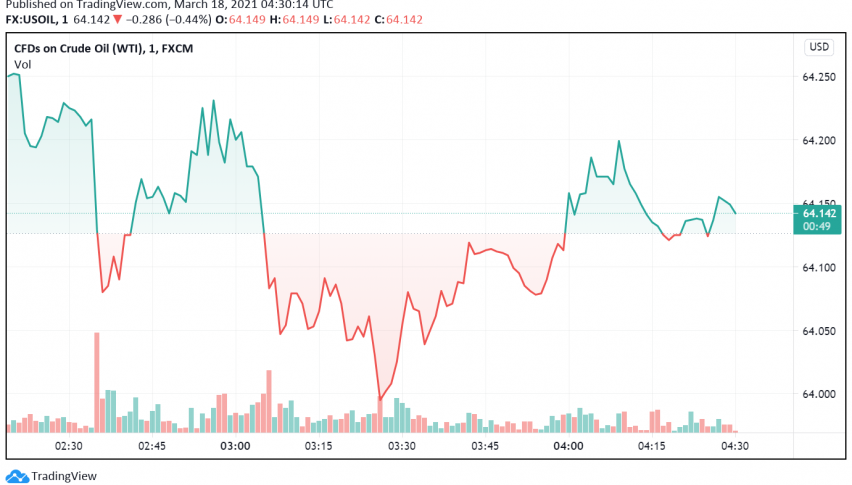 Early on Thursday, WTI crude oil prices continue to trade bearish for the fifth consecutive day, weakening now on the back of a disappointing EIA report which revealed an extended build in US crude and gasoline stockpiles through the past week. At the time of writing, WTI crude oil is trading at around $64.14 per barrel.

During the previous session, WTI oil prices fell by around 0.3% and have already lost around 0.2% in early trading on Thursday. The fall was triggered by the EIA reporting an increase in US crude inventories for the fourth consecutive week even as the API had earlier reported a drawdown instead.

According to the EIA, crude inventories in the US rose by 2.4 million barrels, although the rise was smaller than the economists’ forecast which was for a 3 million barrel build. However, gasoline and diesel stockpiles posted an increase against economists’ expectations for a drawdown instead, heightening worries about weak demand all over again.

Crude oil prices have also been trading under pressure also because of some European countries deciding to suspend the use of AstraZeneca’s COVID-19 vaccine. This has once again raised concerns of a delay in economic recovery, which in turn could keep oil demand weak across Europe for a longer period of time.