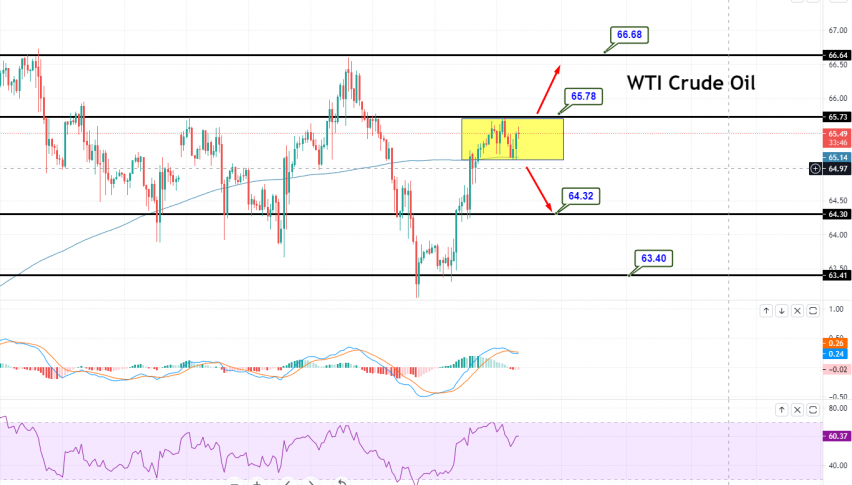 WTI Crude oil closed at $65.37 after placing a high of $65.62 and a low of $63.33. Crude oil re-bounced and recovered most of its previous day’s losses on Friday and ended the week on a positive note as the U.S. economic recovery outlook remained uneven amid volatile economic data that dimmed the concerns of early tapering the U.S. Federal Reserve. During this week, the crude prices hit the mid-week highest level as a substantial rise in the U.S. Consumer Price Index raised the concerns that the Federal Reserve would start reigning in its ultra-easy monetary policies earlier than expected.

The Capacity Utilization Rate remained flat at a projected 75.0%. At 19:00 GMT, the Prelim UoM Consumer Sentiment for May dropped to 82.8 against the anticipated 90.2 and weighed on the U.S. dollar that pushed crude oil further on the upside. Business Inventories remained flat at 0.3%. The Prelim UoM Inflation Expectations also remained flat at 4.6%. The poor-than-expected U.S. macroeconomic data on Friday added pressure on the U.S. Dollar Index and dragged it to a 90.27 level. The U.S. Treasury yields for 10-year note also reduced to 1.625% and added further pressure on the greenback that ultimately supported crude oil prices. Another reason behind the rising oil prices was the report suggesting a restart of the entire pipeline system of the Colonial Pipeline. Colonial Pipeline reported on Thursday that it had begun deliveries in all of its markets. The resumed pipeline activity in the U.S. added strength to the crude oil prices and pushed them to above the $65 level. Traders were also watching the situation in the Middle East after Israel unleashed airstrikes on Friday against Palestinian militants in the Gaza strip in response to rocket fire deep into Israel’s commercial center. 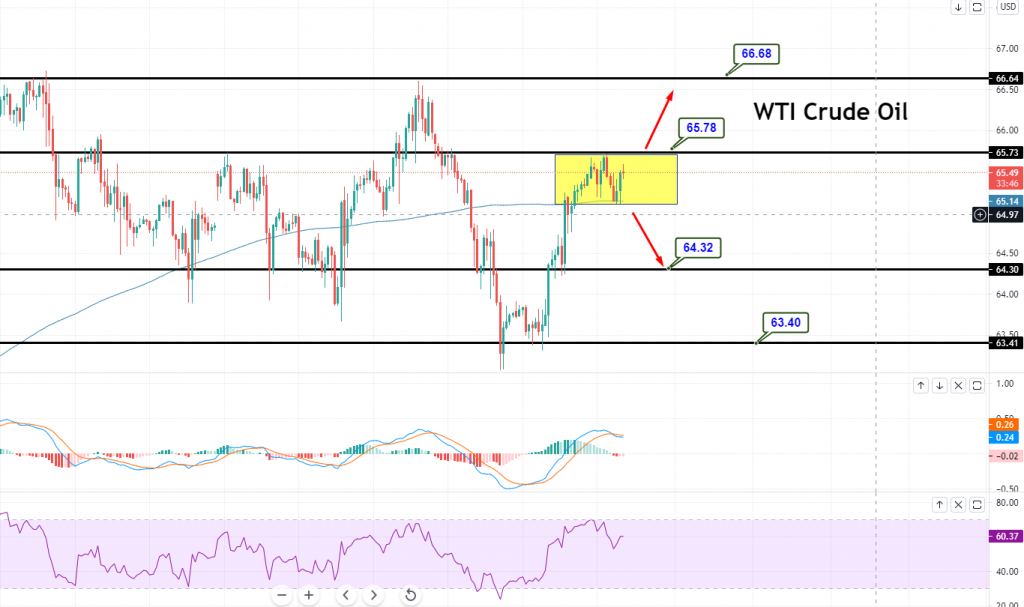 On the technical front, WTI crude oil is trading sideways at 65.43, maintaining a narrow trading range of 65.78 – 65. In case of a bearish breakout, WTI prices can drop until the support area of 64.32 whereas, the bullish breakout of 65.78 level can lead U.S. Oil price towards 66.68 level. The MACD is crossing below 0 levels, and it may trigger a selling trend in crude oil; thus, let’s keep an eye on 65 levels today as, below this, we may have an excellent sell signal. Good luck!

Forex & Commodities Trading Levels to Watch on Friday
20 hours ago

Gold Improves, But Set to Post Worst Performance Since March 2020
20 hours ago