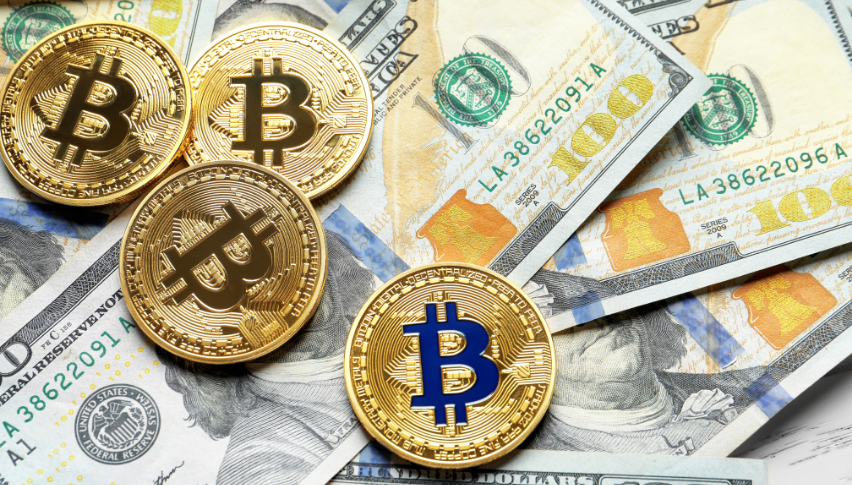 Ethereum also followed the bullish trend of the market driven by the rising prices of Bitcoin on Thursday and posted gains for the day. After a steep fall in ETH prices on Wednesday, the cryptocurrency saw a correction on Thursday that managed to recover about one-third of the previous day’s losses. Ethereum rose on Thursday and supported a bullish momentum in the cryptocurrency market driven by Bitcoin. The gains in ETH/USD were supported by the latest comments from Ethereum’s co-founder, Vitalik Buterin.

Buterin was not concerned about the market crash and stated that crashes like these had happened before and were not new. He linked the current situation to a bubble and stated that it was hard to predict when the bubble would pop. He added that it could have ended already, or it could end months from now.

According to Buterin, there have been almost three big crypto bubbles so far and said that the reason behind the bubble popping came in after some event made it clear that the technology was not there yet. Buterin acknowledged that he currently holds about 325,000 ETH worth an estimated $895 million, which was 35% down from its peak value of $1.4 billion on May 12. The comments from Vitalik Buterin added strength to the ETH prices and added gains in ETH/USD. Furthermore, the rising prices of ETH/USD were supported further by the weakness in the U.S. dollar that dragged the DXY to 89 levels and the U.S. Treasury yields on a 10-year note to 1.625%.

The BTC/USD crypto pair succeeded in stopping its previous bearish moves and drew some sharp bids around above 40,000 marks on the day against the U.S. dollar. Today, the BTC/USD pair was last at $42,049.7, up 12.47% on the day. Bitcoin’s market cap was last at $774.01B, or 42.63% of the total cryptocurrency market cap. It is worth recalling that BTC/USD had dropped sharply on Wednesday, right after China banned financial institutions and payment companies from providing services related to cryptocurrency transactions. Meanwhile, the losses in the BTC picked up further pace after Elon Musk tweeted that Tesla would stop accepting Bitcoin as payment for its cars.
BTC/USD

Moving on, Bitcoin’s return above $40,000 will likely set the framework for gains towards $45,000. At the same time, the technical analysis shows that the buyers are ready for action, especially when the up-trending Relative Strength Index (14) is considered. Any further bullish action above the 9-day moving average will clear the way for the gains toward the resistance levels of $45,000, $50,000, and $55,000.

The LTC/USD crypto pair dropped yesterday, right after China banned financial institutions and payment companies from providing services related to cryptocurrency transactions. The LTC/USD pair has seen a drop in value, as it lost 30.24% over the past seven days. Although, the losses were short-lived and temporary as Litcoin recovered sharply on the day. Today, it was trading at $218.938 by 08:51 (12:51 GMT), up 22.26% on the day. It was seen as one of the biggest one-day percentage gains since March 13, 2020. This latest bullish move pushed Litecoin’s market cap up to $14.840B, or 0.81% of the total cryptocurrency market cap. At its peak, Litecoin’s market cap was $25.609B. Over the past 24-hours, this crypto pair had traded in a range of $166.696 to $222.264.
LTC/USD

Ripple saw a surge in its prices after announcing a partnership with the National bank of Egypt (NBE) to enable easy remittances from the UAE to Egypt. Before this, Ripple also signed a deal with UAE-based Lulu Financial Holdings. It means LuLu International Exchange will facilitate Ripple-powered transfers from the UAE to Egypt. The Egyptians remit about $24.6 billion annually, which is the sixth-largest global remittance volume. This latest partnership will see both NBE and the LuLu Exchange take advantage of RippleNet, which uses blockchain technology to move funds across the globe for a fraction of the cost of the traditional financial system. The partnership will provide cheap and fast cross-border remittances, which added strength to the XRP/USD prices on Thursday. Furthermore, the latest surge in Bitcoin prices on Thursday after eight days of continuous decline also improved the cryptocurrency market sentiment that added strength to the rising prices of XRP/USD. However, the gains remained limited as only a small portion of the previous day’s losses were recovered on Thursday.

Another reason behind the rising prices could be the profit-taking or correction in prices. After reaching their lowest since April 2021, many participants thought of taking profit from selling positions that ended up raising the prices . Meanwhile, the U.S. dollar was also lower on Thursday despite stronger than expected U.S. jobless claims data. The U.S. Dollar Index fell to 89 levels on Thursday with the declining yields on benchmark 10-year U.S. Treasury note and added weight on the greenback. Thus XRP/USD posted further gains on Thursday.

The DOGE/USD price stopped its previous losing streak and started to show some signs of recovery, but the immediate resistance level might pause the upswing. A sudden break above this barrier will allow DOGE a chance to retest a major demand level that was turned into supply after the recent flash crash on Wednesday. The DOGE/USD pair value has recovered approximately 76% from its lowest point on Wednesday at $0.211. This quick upswing shows that interested buyers are picking up the dips. As of now, DOGE is having trouble surging past the resistance level at $0.40. A decisive close above this barrier will allow the bulls to drive DOGE upward by 15% to the supply zone that ranges from $0.467 to $0.506. If the bullish momentum pushes Dogecoin price above this resistance ceiling, it will manage to rise above its pre-crash levels.

The rising price of the Dogecoin on Thursday was caused by the fact that Tesla CEO Elon Musk mentioned its name on Twitter. After this, the price of Dogecoin moved up more than 11%. He also said in his tweet that he hasn’t and will not sell any Dogecoin. The favorable tweet from Elon Musk related to Dogecoin pushed its prices on the upside, and the coin gained more than 11% in a single day.

Musk has been talking and posting about Dogecoin frequently. Earlier this month, he said that he was working with the developers of Dogecoin to improve the cryptocurrency according to his needs that were more energy-efficient and less transaction cost. The upward trend was further supported by the prevailing bullish momentum driven by the rising prices of Bitcoin for the day. Bitcoin and Ether both saw a massive bullish trend on Thursday amid favorable news circulating in the market.

Bitcoin reversed its course on Thursday and broke its eight days bearish streak after Google trends highlighted that the search for cryptocurrencies had risen massively during the last year. Furthermore, many analysts believed that this decline in bitcoin prices could be an opportunity for entering the market as it still has the potential to go back to its previous position. Following this trend, the CEO and founder of TRON, Justin Sun, entered the market with $150 million and bought 4145 bitcoins with an average price of $36,800 to view that prices will go up in the future. This added to the rising prices of Bitcoin, and hence, the whole cryptocurrency market followed the trend, including the DOGE coin.

The BNB/USD crypto pair managed to stop its overnight bearish bias and recovered from $280 to $393.91 level, a gain of 17.87% on the day. Binance Coin’s market cap totaled $59.49B, or 3.27% of the total cryptocurrency market value. It is worth reporting that the BNB/USD crypto pair had faced some major losses overnight, as it dropped from $690s to $280s. Here is the 20 weekly SMA (gray) that turned into support. This moving average was also pierced briefly yesterday on the weekly time frame, but it held as support nonetheless, and today BNB/USD pair has turned bullish.
BNB/USD
Check out our free forex signals
Follow the top economic events on FX Leaders economic calendar
Trade better, discover more Forex Trading Strategies
Related Articles 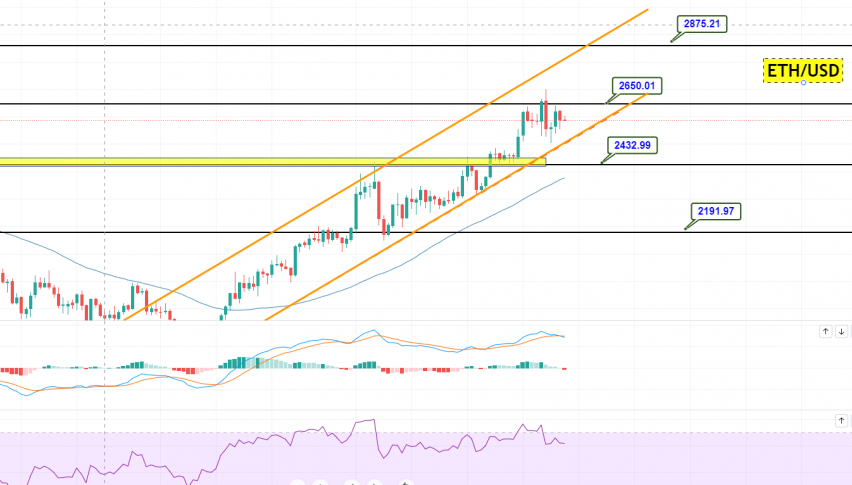 Ethereum (ETH) Upward Channel Supports at 2,400 - A Quick Outlook
11 hours ago
Cryptocurrencies Weekly Summary (July 25-30) – Top Five Crypto Coins to Watch
The BTC/USD coin pair managed to extend its previous-day bullish rally and still trading in a positive zone above the $39,500 level against
3 days ago 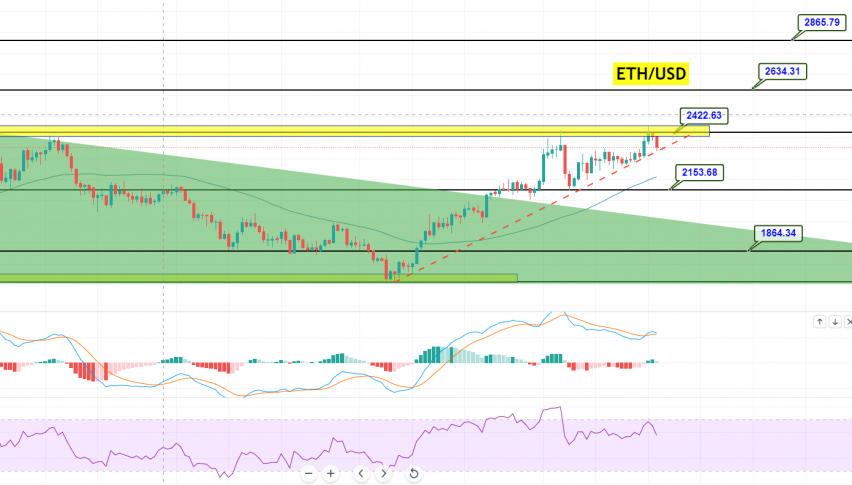