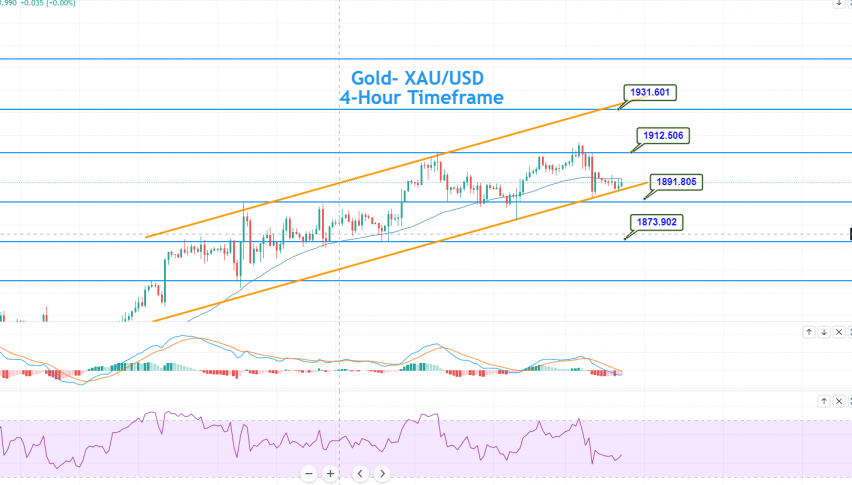 During Wednesday’s Asian trading session, the yellow metal price failed to extend its winning streak of the previous day. Since early January, it has fallen back from its highest level to under $1,900, according to better-than-expected data that was released in Australia and Europe. The US raised hopes of global economic recovery, which decreased the investors’ risk appetite and contributed to the losses in the GOLD prices.

Meanwhile, the buying bias surrounding the US dollar, backed by the risk-off market sentiment and upbeat US data, turned out to be another key factor that kept the bullion prices under pressure, as the price of GOLD is inversely related to the price of the US dollar. The upticks in the US dollar could be short-lived, as renewed expectations over the Fed’s current dovish monetary policy tend to undermine the American currency, which may help to limit deeper losses in the GOLD prices. Across the ocean, the ongoing reduction in the numbers of coronavirus (COVID-19) cases in Asia and continued progress in the development of vaccines against the highly infectious coronavirus also played a major role in undermining the prices of the safe-haven metal, GOLD. Furthermore, the losses in the gold prices were further bolstered by the hopes over US President Joe Biden’s multi-billion dollar aid package, which is supporting the market risk sentiment and contributing to the losses in the traditional safe-haven metal.

On a different page, the mixed signals over the Fed’s next move, coupled with the ongoing geopolitical tensions in the Middle East, are exerting some downside pressure on the market trading sentiment, which was seen as one of the key factors that helped to limit deeper losses in the safe-haven metal prices. At the time of writing, the yellow metal was trading at 1,897.28 and consolidating in the range between 1,895.90 and 1,902.28.
Despite the optimism over US President Joe Biden’s multi-billion dollar aid package, the market trading sentiment failed to extend its previous bullish bias, becoming depressed on the day. However, the losses in the global equity market were fully supported by the comments by US Federal Reserve (Fed) policymakers, that are flashing mixed signals. In addition to this, another reason for the sluggish trading mood could also be associated with the ever-increasing tussles between the US and China, and between Israel and Palestine, which are still not showing any signs of slowing down. All these factors have been weighing on the market trading sentiment, and are seen as major factors that have kept the safe-haven US dollar prices higher.

On the USD front, the broad-based US dollar managed to put a stop its early-day bearish bias, drawing some fresh bids, as the market risk-off mood tends to underpin the demand for safe-haven assets, including the US dollar. Another reason for the bullish US dollar could also be associated with the previously released upbeat US key economic data, which suggests a continued rebound in the world’s largest economy. The Institute of Supply Management Manufacturing Purchasing Managers Index grew to a better-than-expected 61.2 in May. Despite this, the gains in the US dollar could be short-lived, as reiterated expectations over the Fed’s current dovish monetary policy tend to undermine the American currency. It is worth mentioning that US Federal Reserve governor Lael Brainard repeated that the Fed is not ready to deviate from its current dovish monetary policy just yet. Therefore, the prevalent upticks in the US dollar have become the key factor that is keeping the precious metal prices lower, as the price of  GOLD is inversely related to the price of the US dollar.

Furthermore, the losses in the safe-haven-metal prices were further bolstered after the Eurozone Consumer Price Index surged 2% year-on-year in May, surpassing the European Central Bank’s target for the 1st time in over two years. In the meantime, Australia has published a better-than-expected GDP, with data released earlier in the day indicating that the Gross Domestic Product rose by 1.8% quarter-on-quarter and 1.1% year-on-year in the 1st quarter of 2021. Moving on, investors now await further US economic data, including non-farm payrolls and the unemployment rate for May. Therefore, the upbeat key economic data raised hopes for global economic recovery, which tends to undermine safe-haven assets like GOLD.

The mixed signals over the Fed’s upcoming move and the ongoing geopolitical tension in the Middle East put some downside pressure on the market trading sentiment, which may help limit deeper losses in the safe-haven metal prices. Looking forward, market traders will keep their eyes on the release of US economic data, including non-farm payrolls and the unemployment rate for May, which is due to be released on Friday. In addition to this, the trade/political headlines will also be closely observed. 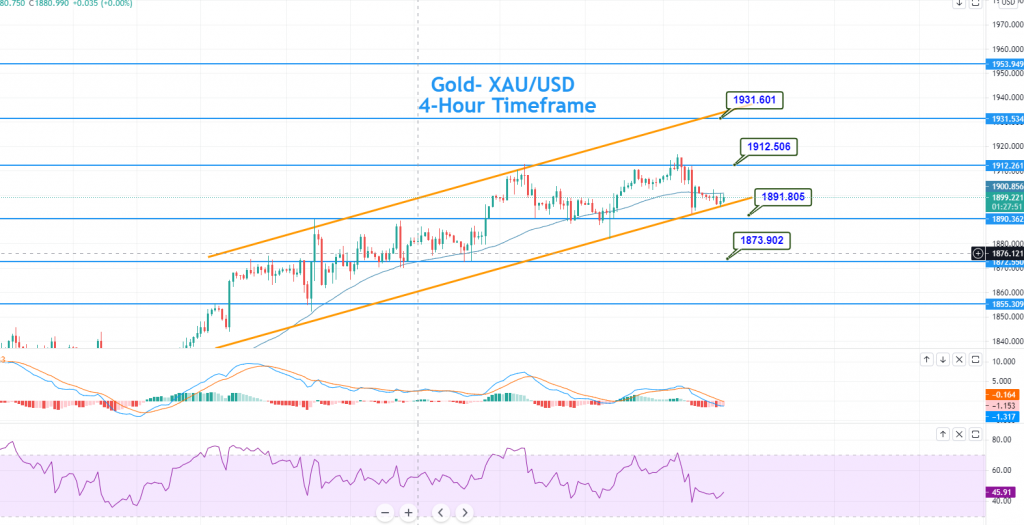 Gold Bullish Bias Dominates - Can it Target 1,836 Today?
8 hours ago