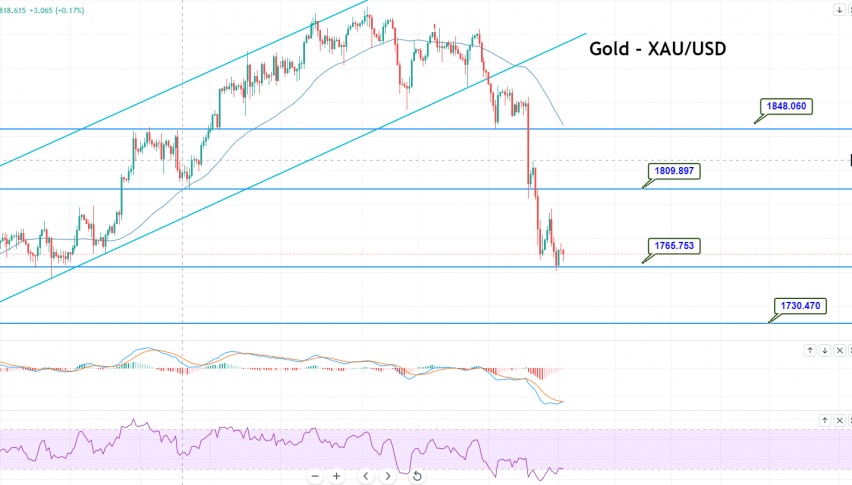 Gold Steady Over Triple Bottom Support $1,765 – Eyes on a Breakout!

During Monday’s Asian trading hours, the precious metal gold succeeded in extending its overnight winning streak and drew some further bids around above the $1,775 level. However, the reason for ongoing buying bias surrounding the GOLD prices could be attributed to the lack of progress over the U.S. President Joe Biden’s infrastructure and spending package, which tend to weigh on the market trading sentiment and contribute to the safe haven metal gains. Furthermore, the ever-increasing fears of the covid’s Delta variant resurgence also played a major role in undermining the market sentiment, which was seen as another factor supporting the safe-haven assets, including gold.

Across the ocean, the U.S. dollar held its previous gains near multi-month peaks against other major currencies on the day. It was being supported after the U.S. Federal Reserve surprised markets by signaling it would raise interest rates and end emergency bond-buying sooner than expected. In addition, the U.S. dollar got some further lift from the risk-off market sentiment, which tends to underpin the safe-haven assets, including the reserve currency. Thus, the upticks in the U.S. dollar were seen as one of the key factors that kept the lid on any additional gains in the gold price due to its inverse relations with each other. As of writing, the yellow metal prices are currently trading at 1,772.34 and consolidating in the range between 1,764.33 and 1,776.91.

Despite the continuous progress in COVID-19 vaccination, the market sentiment failed to stop its early-day declining streak and remained depressed on the day as lack of progress over the U.S. President Joe Biden’s infrastructure and spending package keeps the markets under pressure. The S&P 500 Futures dropped 0.30% on the day. Apart from this, the ever-increasing fears of the covid’s Delta variant resurgence also played a major role in undermining the market sentiment. In addition to this, the reason for the sluggish trading mood could also be associated with the long-lasting US-China tussle, which is still picking up the pace. Thus, the prevalent risk-off mood is putting a bid under the safe haven assets, including gold.Looking forward, the market traders will keep their eyes on the speeches from ECB President Christine Lagarde and New York Fed President John C. Williams. In addition, the trade/political headlines will also be key to follow. 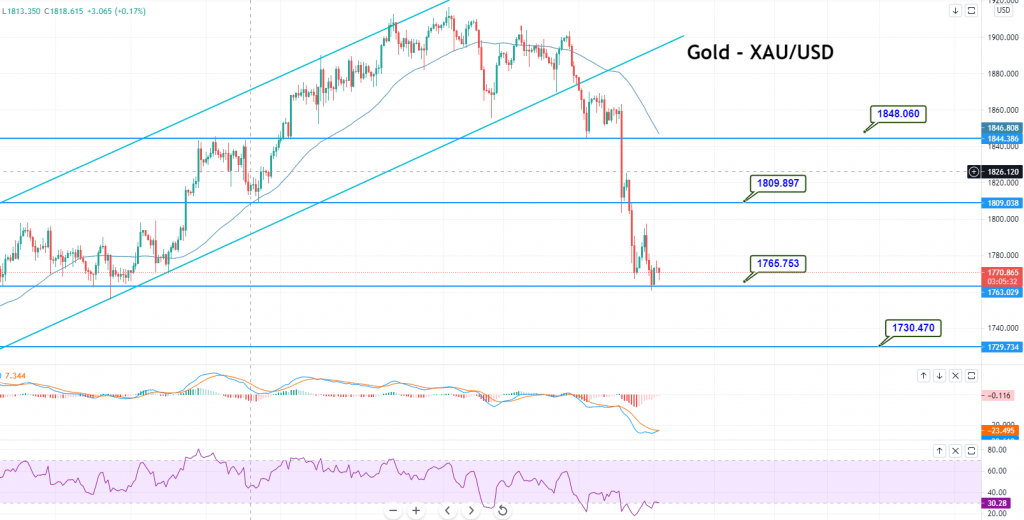 On the technical side, gold is trading at 1,773 levels, gaining support at 1,765 levels. A bearish breakout of 1,765 level can extend the selling trend until the next support level of 1,745 and 1,730. On Monday, the market shows thin trading volume and volatility; therefore, we can expect choppy sessions between the 1,792 – 1,765 trading range. However, the breakout of this range can determine further trends in the market. The MACD and RSI are in support of a selling trend in GOLD , while the 50 EMA stays at 1,832. Consider selling below 1,774 and buying above the same. Good luck! 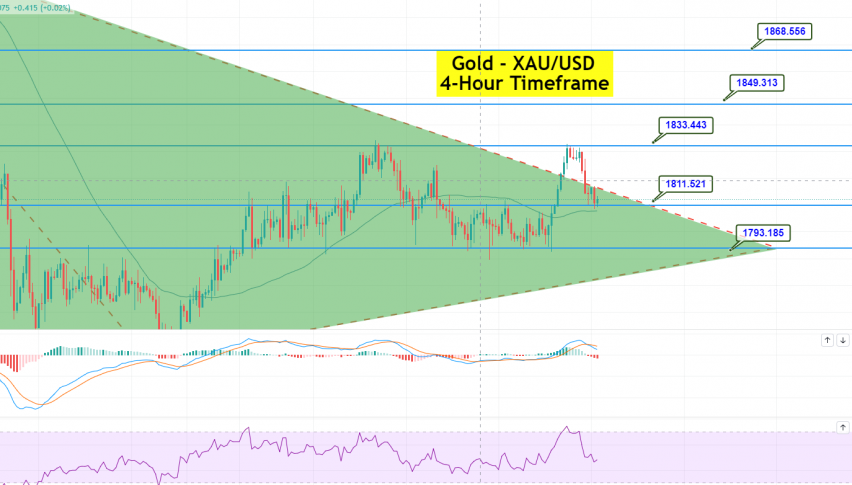