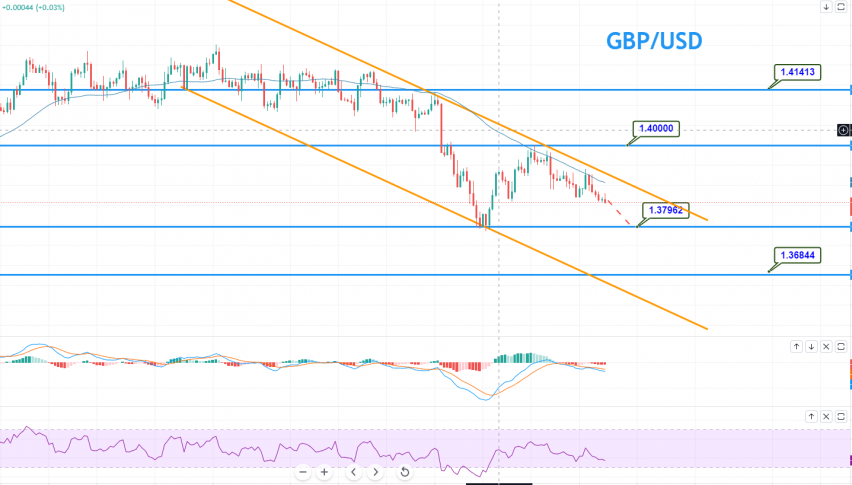 During Tuesday’s Asian trading session, the GBP/USD currency pair failed to extend its bullish bias of the previous day, edging lower to around the 1.3866 level, mainly due to the prevalent downbeat market sentiment, which underpinned the US dollar and contributed to the currency pair’s losses. Besides this, the selling bias surrounding the currency pair could also be tied to a resurgence of the Delta variant of COVID-19, which keeps raising doubts over economic recovery in the UK. Despite the ever-increasing number of cases of the Delta variant, UK Prime Minister Boris Johnson remained confident about lifting coronavirus restrictions on July 19.

Furthermore, the sentiment regarding the sterling was further hit due to the no-show by the Bank of England (BOE) in its July monetary policy meeting. The central bank warned against “premature tightening” of policy, and adopted a watch-and-wait approach. In contrast to this, the positive vibes from the EU over the Brexit matter may help to limit deeper losses in the GBP/USD currency pair. Meanwhile, UK Prime Minister Boris Johnson is still showing his willingness to lift coronavirus restrictions on July 19. But the Pound sterling failed to cheer these positive updates, as mixed news over the coronavirus (COVID-19) has disappointed buyers. The GBP/USD is currently trading at 1.3873, and consolidating in the range between 1.3859 and 1.3888.

Despite the ongoing optimism over infrastructure spending by US President Joe Biden, the market risk mood failed to stop its negative performance of the previous session. It remained bearish during the second half of the Asian session, amid mixed concerns over the coronavirus (COVID-19) and US inflation. Apart from this, significant data/events and the quarter-end positioning are absent, not to forget the pre-NFP caution, and this is playing a major role in inducing the market mood. Meanwhile, the Fed policymaker’s uncertainty over inflation, and the resulting pressure on the US central bank, are also putting downside pressure on the market sentiment. Moreover, US President Biden’s long-lasting efforts for strong spending and Senate Republican Major Mitch McConnell’s efforts to tame the Democrats’ demands increased the traders’ confusion and weighed on the sentiment. Therefore, the bearish tone affecting the equity markets was seen as one of the critical factors that helped the safe-haven US dollar.

On the USD front, the broad-based US dollar managed to extend its early-day winning streak. It remained bullish during the second half of the Asian session, as investors favored investing in the safe-haven assets, in the wake of the risk-off market sentiment. The broad-based US dollar has benefited from some safe-haven demand, as the more deadly Delta strain of the novel coronavirus has been spreading in Asia and elsewhere. and this has triggered fears of further lockdowns. However, the gains in the US dollar were seen as one of the key factors that kept the currency pair lower.

Across the ocean, the currency pair was further pressured by an increase in the number of Delta variant COVID-19 cases. As per the latest report, the UK has recorded the highest incidence of daily cases since January 30, adding 22,868 cases to the 4,755,078 already reported. On the other hand, the optimism over Brexit failed to give any meaningful support to the currency pair. The Vice President of the European Commission, Maroš Šefčovič, recently appeared confident that the chilled meat issue with the UK would be resolved.

As per the keywords, “The EU’s chief Brexit negotiator says he is ‘confident’ that a solution can be found in the coming 48 hours, over a possible ban on chilled meat products from GB being sold in NI.” Meanwhile, another report also came in, stating that “Brussels is expected to announce a further ‘grace period of at least 3-months, to allow sausages and other processed meat made in Britain to be sold in Northern Ireland’ (NI).” Thus, these positive headlines failed to leave any positive impact on the GBP/USD currency pair. In the absence of significant data/events on the day, the market traders will keep their eyes on the Nationwide UK Housing Prices, Mortgage Approvals and the BOE Consumer Credit for May. 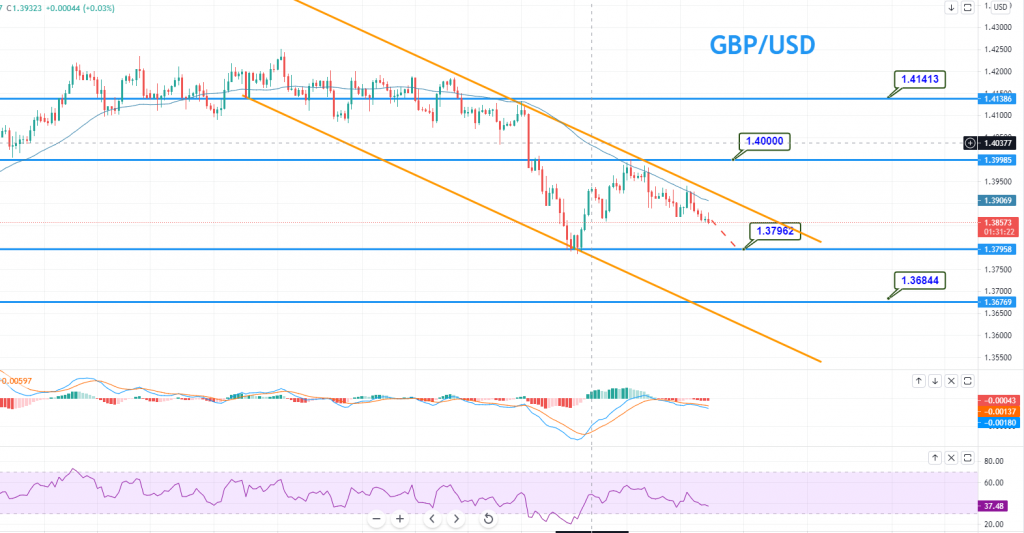 The GBP/USD pair is trading with a bearish bias at around 1.3859, as it is facing strong resistance around the 1.3905 level. On the lower side, a breakout at the 1.3858 level could extend the selling trend until the 1.3796 level. On the 4-hour timeframe, the sterling has also closed the “Three Black Crows” pattern, which suggests a bearish sentiment among investors. Therefore, the odds of a selling trend seem pretty solid today. We have opened a sell signal to target the 1.3796 level today. This is the same level that supported the Cable on June 21, and now it’s likely to work as a double bottom for the GBP/USD pair. Good luck!