To the downside, Bitcoin could start a fresh downside correction if it fails to clear the $44,100 resistance zone. An immediate support level on the downside is around the $43,500 mark. The first significant support is now forming near the $43,350 level and the channel trendline. However, the prevalent buying bias in the BTC prices was mainly sponsored by the positive remarks by Bobby Lee, a cryptocurrency industry veteran who co-founded the BTCC exchange. He is the brother of Litecoin creator Charlie Lee. In an interview, he said that he anticipates that Bitcoin will surge by the end of the year, due to fears of missing out (FOMO). Lee believes this will take the price over the $100,000 mark. As per Bobby Lee’s keyword, “I’m very bullish on Bitcoin, especially for an end-of-year rally, a FOMO rally this year. As a result, I expect Bitcoin prices to surge again in the coming weeks and months.” He added that he thinks it will easily go over $100,000 and, depending on how sharp the rally is, it’s also possible that it could break through $200,000 or above that.

Apart from this, billionaire Orlando Bravo, co-founder and managing partner at the private equity firm, Thoma Bravo, has admitted he is a cryptocurrency trader and believes the value of the flagship crypto, BTC, will surge over the next few years, thanks to institutional adoption. He further added: “How could you not love crypto? Crypto is a great system in every aspect. It’s frictionless. It’s decentralized. And young people have their financial system.” These positive comments have had a significant bullish impact on the BTC prices.

There is also a key contracting triangle forming, with resistance near $3,020 on the hourly ETH/USD chart. Ethereum could start afresh with a downside correction if it fails to continue higher above the $3,020 and $3,050 resistance marks. The initial support to the downside is around the $2,980 level. The first essential support is building near the $2,950 level and the 100-hourly simple moving average. If ETH fails to stay above $2,950, there is a risk of a sharp drop. In this case, the price might slip towards the $2,800 level. The buying bias in the greenback was considered one of the key events that kept the pressure on any additional gains in the ETH/USD pair.

On the USD front, the broad-based US dollar maintained the bullish bias of the previous-day and remained well bid on the day, as the expectations that the Fed would begin tapering its bond purchases as soon as November and raise interest rates in 2022 acted as tailwind for the dollar. That, alongside the fresh leg-up in the US Treasury bond yields, played a significant role in underpinning the greenback. The gains in the USD were further bolstered by the mixed US economic releases, which showed an annualized expansion of 6.7% in the world’s largest economy in the second quarter, compared to the 6.6% that was expected.

The LTC/USD coin pair is changing hands at $158.891, which is up from the recent low of $151.250. The buying bias surrounding the LTC/USD pair could be attributed to the bullish sentiment in the crypto market, which is evident from the BTC prices. The LTC/USD remains at a trading level of $150, as it has continually featured a series of ups and downs around this value line, in denial of a bullish trend returning.

The reason behind the upward rally in this cryptocurrency could be the upbeat sentiment in the cryptomarket, which tends to underpin LTC. On the other hand, the gains could be short-lived, as the strength of the broad-based greenback caps any gains in the LTC/USD pair. The US dollar extended its early-day upward bias and remained well bid on the day, on expectations that the Fed would start tapering its bond purchases as soon as November. Furthermore, talk of a rise in interest rates in 2022 acted as tailwind for the dollar. This, along with a fresh rise in US Treasury bond yields, played a significant role in underpinning the American currency. The gains in the USD were further bolstered by the mildly upbeat US economic releases, which showed that the world’s largest economy expanded at an annualized pace of 6.7% in the second quarter, compared to the expectations of 6.6%.

The Ripple XRP price may continue to trade within this narrow range, but a bullish bias is expected if sellers run out of breath below the 9-day and 21-day moving averages. However, traders should keep an eye on $0.98 before printing a new high at the resistance levels of $1.00, $1.10 and $1.15.

However, the bulls seem cautious about placing any strong positions, as the continued strength of the US dollar tends to undermine the XRP/USD pair. The buying bias surrounding the Ripple prices was mainly boosted by the bullish bias in the crypto market. Meanwhile, Ripple (XRP) launched a $250 million creator fund to bolster NFTs on XRPL, which positively impacted the XRP/USD prices. Since the start of the day, the crypto market has been flashing green, and it has been supported by the latest development in the world’s largest cryptocurrency, Bitcoin. A cryptocurrency industry veteran, Bobby Lee, who co-founded the BTCC exchange made some positive remarks during an interview. Lee expects BTC to surge by the end of the year, amid fears of missing out (FOMO). This is likely to lead the BTC price above the $100,000 mark. As a result, BTC prices have risen above $44,000 against the US dollar. For the moment, BTC is facing a major barrier near $44,200 and $44,400. Bobby Lee is the brother of Litecoin creator Charlie Lee.

Apart from this, at its last Developer Summit recently, Ripple announced the launch of a $250 million Creator Fund, which is directed towards creators, brands and marketplaces interested in investigating novel use cases for NFTs that practice on the XRPL platform. Ripple hopes to bring in the broader community of creators working with NFTs to examine the power of the Ripple blockchain. This positive progress in the Ripple network tends to impact the XRP/USD pair positively.

The meme coin has a circulating supply of 131,128,539,044 DOGE coins and there is no maximum supply. The buying bias in Dogecoin has mainly been sponsored by the bullish sentiment in the crypto market. The positive developments exerted some positive impact on crypto coins, including Dogecoin. The gains could be short-lived or temporary, as the gains in the broad-based US dollar were seen as one of the key factors keeping Dogecoin from gaining any more ground. The US dollar was supported by the positive US data, which showed that the world’s largest economy expanded at an annualized pace of 6.7% in the second quarter, compared to the estimate of 6.6%.

Bitcoin Overtakes PayPal in Transaction Volume. Mastercard Next?
2 days ago 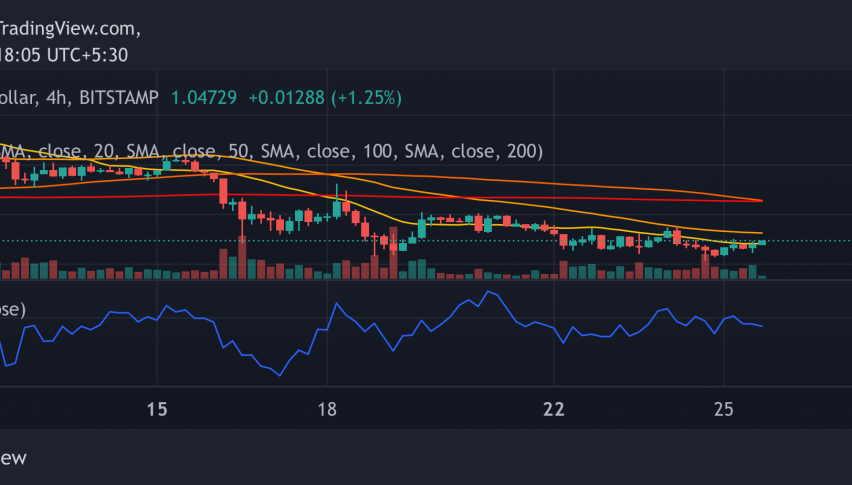