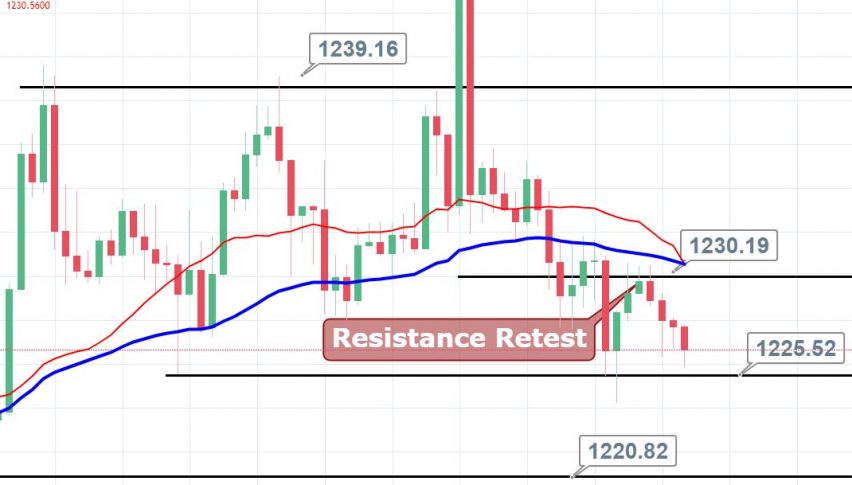 During the early Asian session, the precious metal gold eased, slipping off a more than three-month high on a stronger dollar. The investors turned to riskier assets following a recent sell-off in global stocks.

Despite the volatility, we have seen in the stock market, if GOLD is still trading bearish, it indicates that the investors are moving their investments into the dollar.

Perhaps, it’s due to two reasons:
1) Investors avoided riskier assets and migrated to buy the Greenback after Bloomberg announced that Washington is preparing to announce tariffs on all remaining Chinese imports by early December. Now it all depends on the talks between the US President Donald Trump and Chinese President Xi Jinping next month.

2) Prospects for higher interest rates from the Federal Reserve are hurting the dollar-denominated gold. As you know, the stronger dollar makes gold expensive for foreign investors, and they ultimately lower its demand. 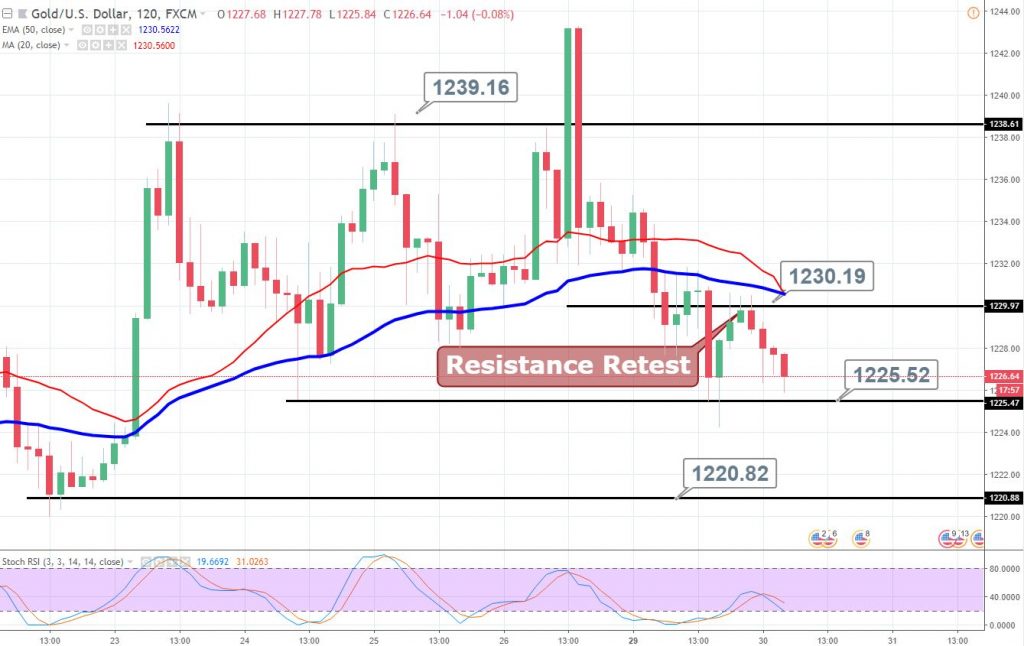 Later today, the US economy is due to report the consumer confidence figure which may cause some movement in gold today. Good luck!