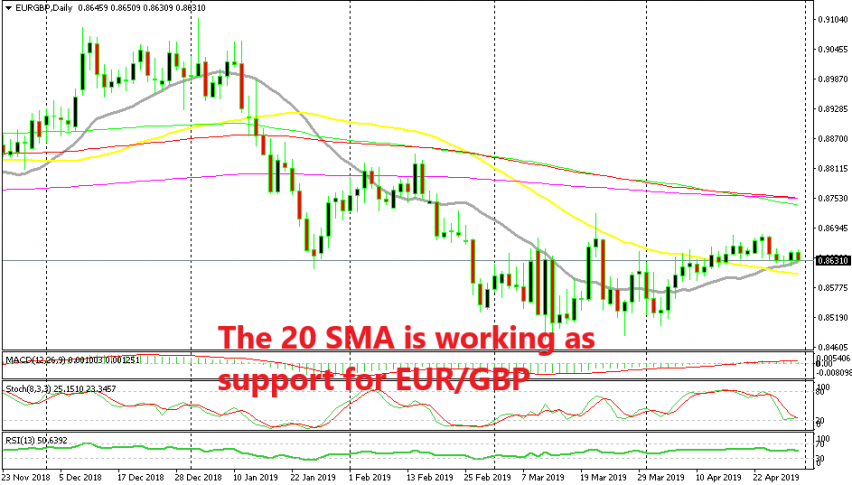 The trend has shifted on the daily chart

EUR/GBP has been pretty volatile for about a year as we approach the end of Brexit, if there really is an end to this saga. This year has been pretty bearish for the pair though, as odds of a hard Brexit wore off in the first two months. But the downtrend ended in March and this pair consolidated sideways that month.

This month, the trend has reversed to bullish and the price pushed above the 20 SMA (grey) and especially against the 50 SMA (yellow) which provided resistance on the way down. That was a sign that the trend has changed for real, but I wasn’t that sure the trend had shifted.

I wanted confirmation and this came in the last few trading days. EUR/GBP turned bearish in the last few days of the previous week, but the 20 SMA turned into support. The price formed a small doji above that moving average and it started moving up yesterday. That was a sign that the buyers are in control. So, if you are thinking of going long on this pair, the 20 SMA and then the 50 SMA close below are good places to enter.