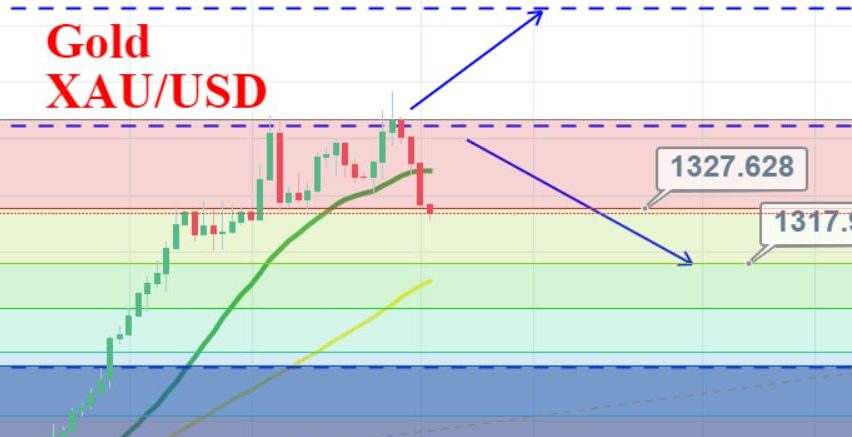 Earlier during the Asian open, gold prices retreated from a 14-month peak after an agreement between the United States and Mexico to prevent a tariff war pinched safe-haven appeal for the yellow metal.

To recall, the United States and Mexico locked a deal on Friday to avert tariff war, with Mexico allowing to quickly develop a controversial shelter program and use security forces to stop illegal migrants.

Secondly, the global stock markets also bounced after the United States dropped its threat to impose tariffs on Mexico. The weaker US labor market figures also hiked hopes for the US interest rate cuts. Since stocks and gold share a negative correlation, we saw massive sell-off in gold earlier today.

On the technical front, gold is facing a strong resistance near 1,345, especially after it has closed a tweezers top pattern, confirming neutral to bearish stance of the market.

Secondly, the pair has also formed a three black cross candlestick pattern, which is likely to add further selling trend in gold.

The RSI and Stochastics also hold below 50, suggesting a bearish bias.