Shorting the Pullback in USD/JPY - Forex News by FX Leaders 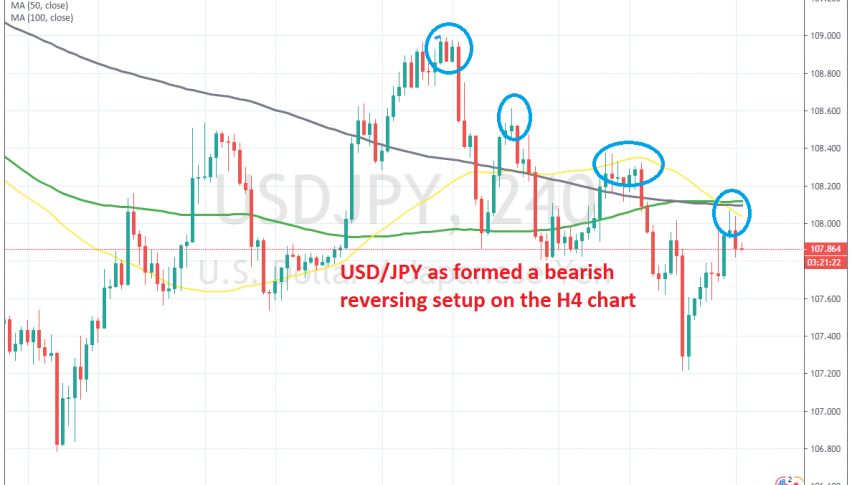 Shorting the Pullback in USD/JPY

Highs keep getting lower, which means that the bearish trend has resumed

USD/JPY turned bearish in April as the global economy entered another phase of weakness after the small rebound we saw in Q1. The escalating trade war increased the uncertainty and safe havens such as the JPY and GOLD attracted some strong bids back then, which has been going on for a few months now.

As a result, USD/JPY tumbled nearly 600 pips in a few months but in the last week of June and the first week of this month, we saw a retrace higher as the sentiment improved leading to the G20 summit and in the week after that, as the summit went pretty well.

The buyers pushed the price to 109, but that level provided solid resistance for this pair and in the last two weeks the sellers have returned and the bearish trend has resumed again. USD/JPY has made lower highs and lower lows during these past two weeks, which shows that sellers are in charge.

Last week they pushed down to 107.20 but in the last two trading sessions this pair has retraced higher, which ended below the moving averages. The price formed an upside-down hammer candlestick on the H4 time-frame which is a reversing signal and we decided to go short there, given that the pullback is now complete. The current H4 candlestick already looks pretty dovish, so the reversal is underway and we are in profit now.