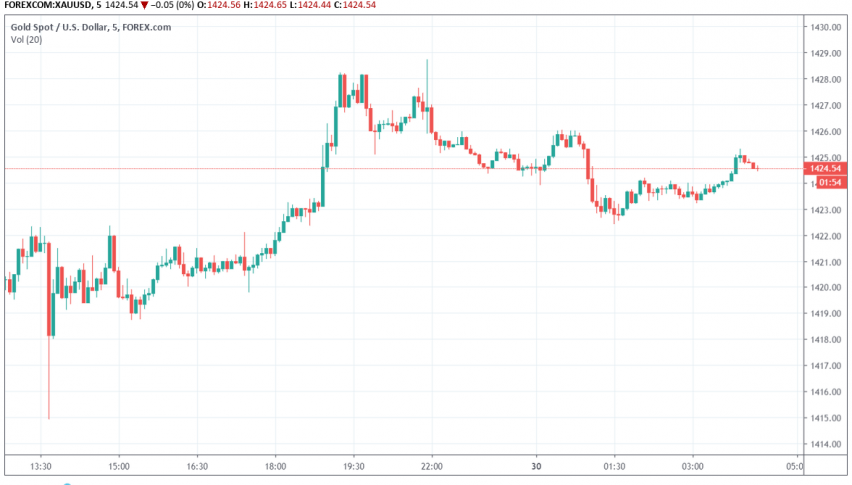 Gold Dips as Dollar Gains Strength Prior to Fed Meeting

Early on Tuesday, gold prices have dipped slightly lower over a strengthening dollar ahead of the Fed meeting. At the time of writing, GOLD is trading at a little above $1,424.

The US dollar surged 0.1% higher, nearing a two-month high, which has made gold more expensive to purchase for holders of other currencies. The Federal Reserve meeting is due to start later today and expectations are high that the central bank would cut rates for the first time in more than a decade.

Gold prices can also be impacted by the US-China trade talks being held in Shanghai starting today. After talks broke down in May, this is the first time that both countries’ trade teams are meeting face-to-face as they take negotiations forward towards a trade deal.

Gold prices also remain supported by uncertainties surrounding Brexit in the UK. As the risk of a no-deal Brexit climbs higher, gold’s safe haven appeal also gains strength. Fears are high that a hard Brexit would push UK’s economy into a recession.