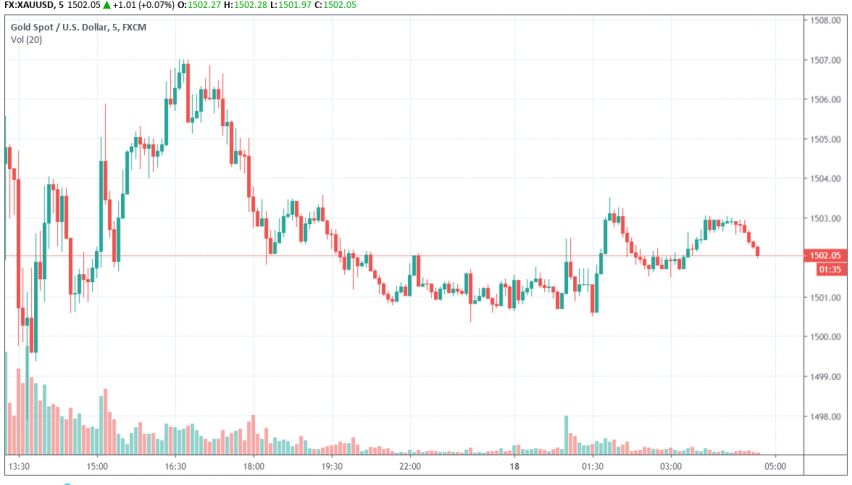 Gold Holding Above $1,500 Ahead of Fed’s Interest Rate Decision

Ahead of the FOMC and the Fed’s rate decision, gold is trading steady and holding above the $1,500 level. At the time of writing, GOLD is trading at a little above $1,502.

Expectations for a rate cut being announced today continue to support gold prices, however don’t expect major moves until the official announcement. If the Fed cuts interest rates today, it would be for the second time this year, in order to support the US economy over escalating trade tensions with China.

When central banks lower interest rates, it increases the opportunity cost of holding investments in gold, making gold more appealing to investors. In addition, lower interest rates could weaken the dollar, at least in the short term, and gold shares a negative correlation with the currency.

Since May 2019, gold has gained nearly 19% on the back of leading central banks turning dovish as the global economic growth weakens. The precious metal’s bullishness has also been supported by the US-China trade war and escalating geopolitical tensions in the Middle East of late.