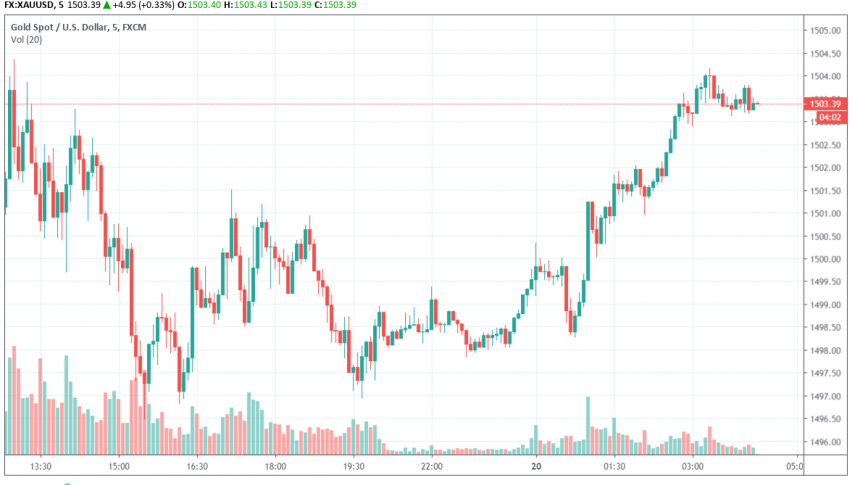 Early on Friday, gold is making some gains as the US dollar weakens on the back of a dovish Fed, At the time of writing, GOLD is trading at a little above $1,503.

On Wednesday, the Federal Reserve announced a 0.25% rate cut which failed to move markets much as it was already priced in. As a result, gold traded somewhat bearish on Thursday. However, the precious metal is trading higher today as markets remain unclear on future rate cuts.

Although the Fed failed to sound too pessimistic about the outlook of the US economy in the near future, the Fed committee remains divided on the future outlook, which has heightened uncertainty.

In addition, the safe haven appeal of gold increased following news reports about retaliatory military action by a Saudi-led coalition in response to the drone attacks on Aramco’s oil facilities. The US threatened Iran with direct combat in case Saudi is targeted again.