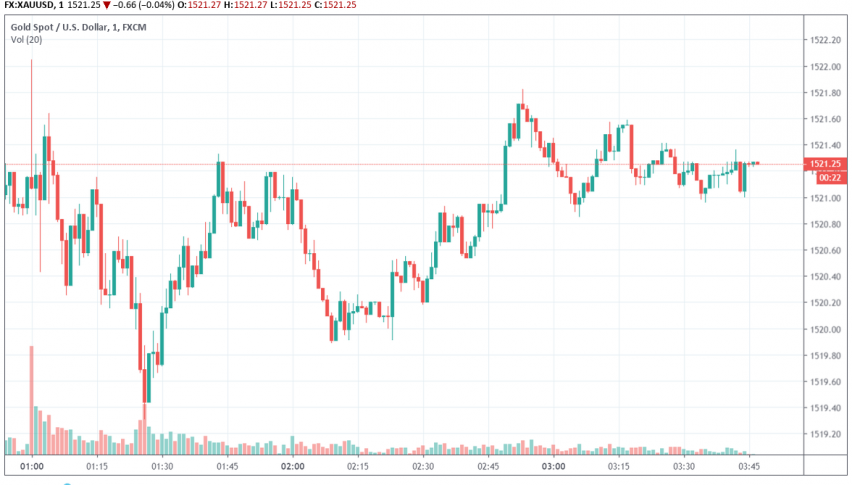 Gold’s safe haven appeal shone through on Monday following the release of weak manufacturing data from the Eurozone, helping it climb to a two-week high. At the time of writing, GOLD is trading somewhat steady for now at a little above $1,521, edging slightly lower since then.

PMI data released from the Eurozone yesterday revealed that German manufacturing was in a worse than expected condition. Analysts expected weak economic data, rising geopolitical tensions and the absence of a trade deal with China so far to further push gold up all the way till $1,500 in the coming days.

The US manufacturing PMI came in better than expected, which helped lift the mood in the stock markets a little. However, this failed to make much of an impact on the safe haven gold.

Following the attacks on Saudi oil facilities during the previous weekend, geopolitical tensions in the Middle East have been rising, supporting gold prices. So far, the US has approved a plan to increase troop deployment in the Gulf region to boost Saudi’s air and missile defences to prevent such attacks in the future.