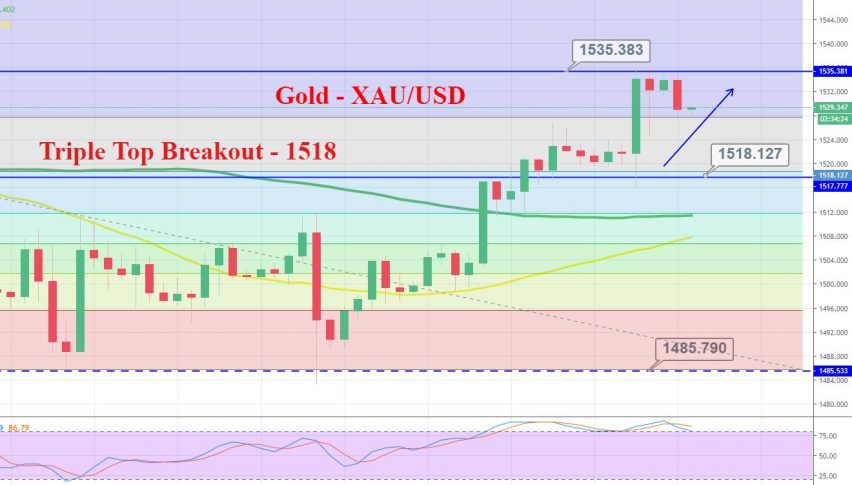 During the early Asian session, gold is retracing back after hitting three-week high around 1,535 area. The safe-haven gold is flashing red along with the stock market indices, which are trading bearishly due to political concerns and renewed tensions about the United States and China trade tussle.

Gold is currently trading at 1,529, still 0.29% up from the opening prices. The United States President Donald Trump said during the United Nations General Assembly in New York that the US will not agree on a “bad deal” in the trade discussions with China scheduled to happen next month. He also targeted China for unfair trade practices.

Trump’s fresh blame on China offered little hope for a trade agreement in the short-term. Trump’s statement pushed equity markets lower, but on the other side, the gold price could not get support from the weakening sentiment.

As we know, senior leaders from both countries will meet later this month in Washington for high-level trade talks.

On the 4-hour chart, gold continues to trade in a bullish zone, but lately, it’s been heading lower to complete 38.2% Fibonacci retracement at 1,528.

Below this, gold has a chance to go after 1,524 the resistance become support area. The same level 1,524 is also representing the 61.8% Fibo level.

The RSI and Stochastics are holding in the overbought zone, suggesting odds of a bearish retracement in gold. Later, we can expect a continuation of a bullish trend above 1,524 area today. 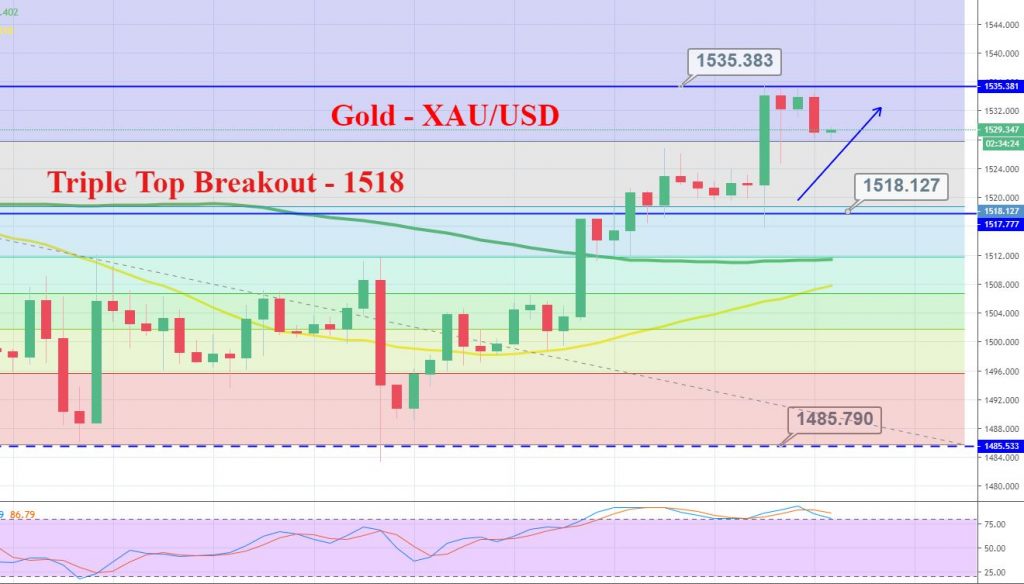