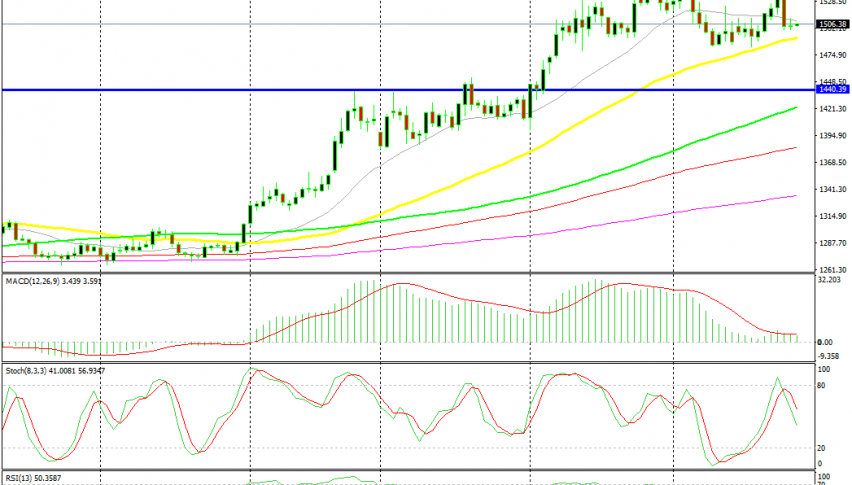 The 50 SMA has been providing support for Gold recently

GOLD turned pretty bullish during summer, as it became evident that the global economy was on a weakening cycle and the trade war escalated further. Safe havens benefit during increased uncertainty and Gold surged from $1,280 at the beginning of June to $1,557 at the beginning of this month.

During summer the trend was really strong and the smaller moving averages such as the 20 SMA (green) were providing support, pushing the price higher. But, the uptrend has stalled this month and Gold has slipped below the 20 SMA. But, the next moving average took its place.

The price kept retracing lower earlier this month, but the pullback ended once the 50 SMA (yellow) caught up with the price. The price bounced higher for several days, which means that the 50 SMA has now turned into support. Although, Wednesday was a really bearish day for Gold.

Gold might be headed for the 50 SMA once again now, so we will see how it will react down there. If it forms a bullish reversing pattern, we might even open a buy forex signal.