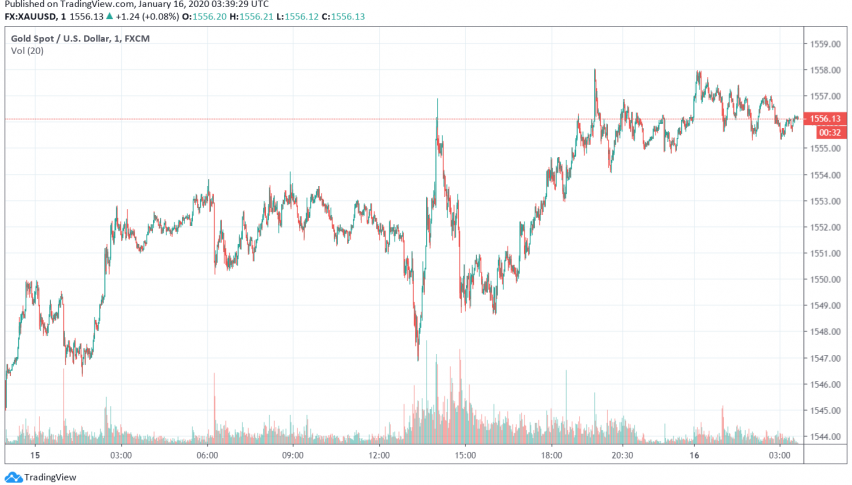 Gold prices edged higher and are currently trading somewhat steady after the signing of the much anticipated phase one trade deal between the US and China, as concerns still lingered on its effectiveness in dissipating trade tensions. At the time of writing, GOLD is trading at a little above $1,556.

The safe haven appeal of gold remains supported as the partial trade deal fails to eliminate US’s tariffs on Chinese imports, which are expected to remain at least until the 2020 presidential elections towards the end of this year. Markets are concerned that the scope of the trade deal is severely limited and may not be enough to improve the sentiment once the initial euphoria settles down.

In addition, gold remains in favor as markets also worry about whether China will be able to honor the new commitments as part of the phase one deal to increase purchases of US goods. As per the agreement, China has committed to purchase more than $200 billion worth of US goods in addition to existing purchases over the next two years, a target that seems a tad difficult to meet.

Gold prices could see some movement depending on the progress on the phase two of the trade negotiations as these are likely to touch on the more problematic issues of forced technology transfers and IP protection.