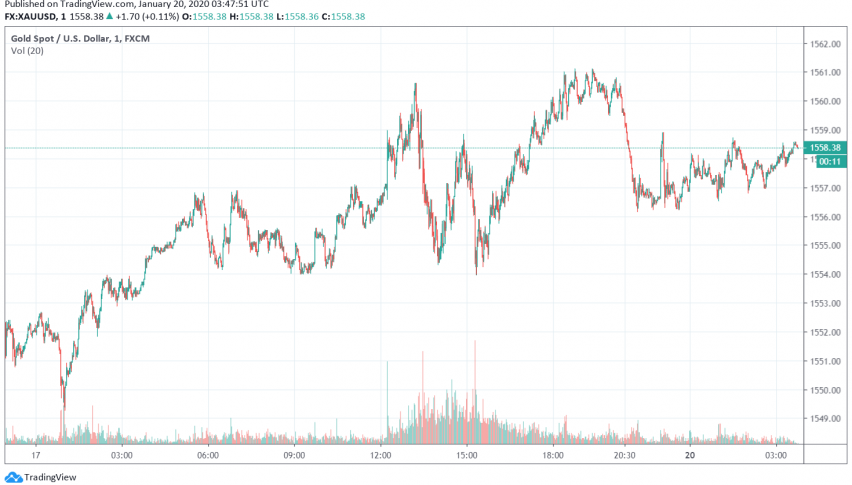 Gold is trading in a tight range early on Monday following the recent release of optimistic economic data from the US, supporting a risk-on sentiment in global financial markets. At the time of writing, GOLD is trading at a little above $1,558 after declining by 0.4% last week.

The US-China trade deal optimism also continues to linger in markets, causing the rally in stock markets to continue into this week as well so far. Meanwhile, data released last Friday indicated that homebuilding activity rose to a 13-year high during December in the US, even as retail sales and manufacturing activity strengthened.

Meanwhile, Chinese officials remarking on the phase one trade deal have also expressed hopes that it paves the way towards improving trade relations between the US and China. These comments were made by China’s Vice Premier Liu He upon his return from Washington where he had attended the signing ceremony of the interim trade agreement.

However, gold remains supported over the upcoming Chinese New Year holidays which have increased demand for the metal among consumers in China and Singapore.