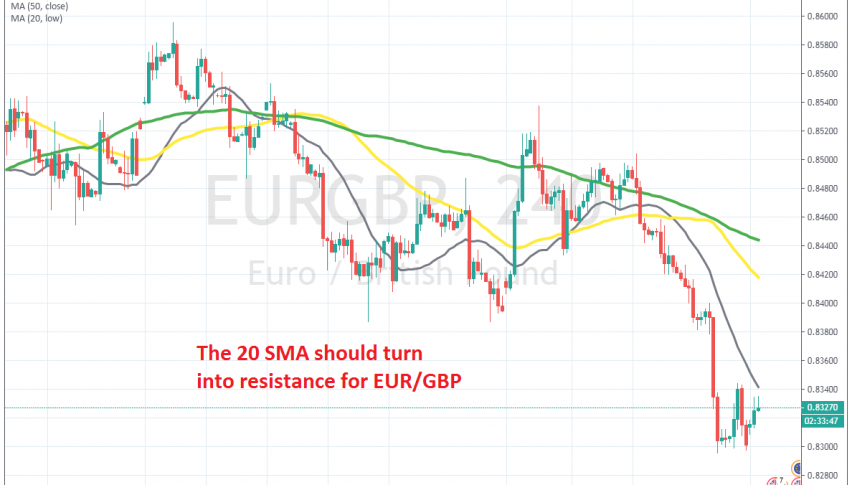 Shorting the retrace in EUR/GBP Below the 20 SMA

EUR/GBP has been bearish since August last year, but after going through a consolidation period in December, it resumed the bearish trend again towards the middle of January, as the sentiment turned negative due to Coronavirus. The Euro follows the sentiment as a risk currency, while the GBP is mostly concentrated on Brexit and the economic impact, which has been positive after the UK elections.

So, the trend has been bearish as the sentiment has been negative. The sentiment improved in the first week of this month and we saw a retrace higher on the H4 chart, but it ended pretty quick and EUR/GBP resumed it’s bearish trend, making some new lows last week.

Today we are seeing another retrace higher, but buyers seems exhausted now, since they haven’t been able to make new highs for several hours. It seems like we will see the same scenario unfold, as we did on Friday last week. Some, we decided to take this chance and open a sell forex signal in this pair, now waiting for the bearish trend to resume.