The AUD and NZD Fall in Asian Trade

Both the AUD and NZD are falling in Asian trade with key levels very much in focus.

We have seen some economic data rolled out this morning, led by Australian retail sales for February. The official number came in better than expected at -0.8% but the most obvious issue here is that we are still looking at a negative number.

Of course, Dec/Jan are typically very busy months for retail sales with Christmas and holiday buyers normally spending heavily. However, it is important to note that Australia is mostly open for business and that should help boost confidence.

We also saw the private China manufacturing PMI print, that came in slightly worse than expected, but still above 50.0. This, of course, comes on the back of the official number released earlier in the week, so it doesn’t quite have the importance of the prior reading. That said, it wasn’t a strong result.

We must also keep an eye on US bond yields as they appear to be a driver for the USD.

Overall a mixed day of data, but what is more noticeable is that the AUD/USD and NZD/USD have both dropped under key levels.

The AUD/USD firstly has been holding above the 0.7600 level against a backdrop of a rising Greenback. It looks like that level is now ready to break and if price holds I would expect another leg lower.

I won’t write it off completely until we see a break of the most recent lows, which are around the 0.7565 region depending upon which exchange you look at.

I suggest 0.7500 then becomes the downside target. 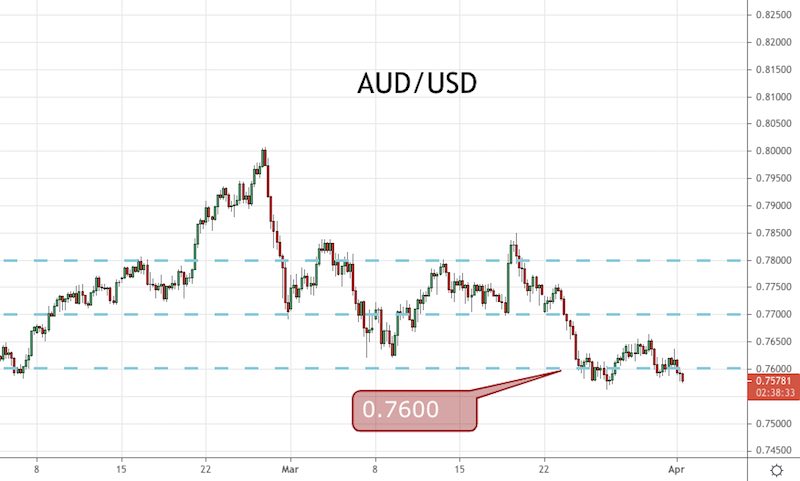 For the NZD/USD, price has fallen under 0.7000, however, the big move has already happened over the past week.

I am now most interested in the lows here which sit at 0.6950. This is a great entry point for a short momentum trade and I will be watching closely. 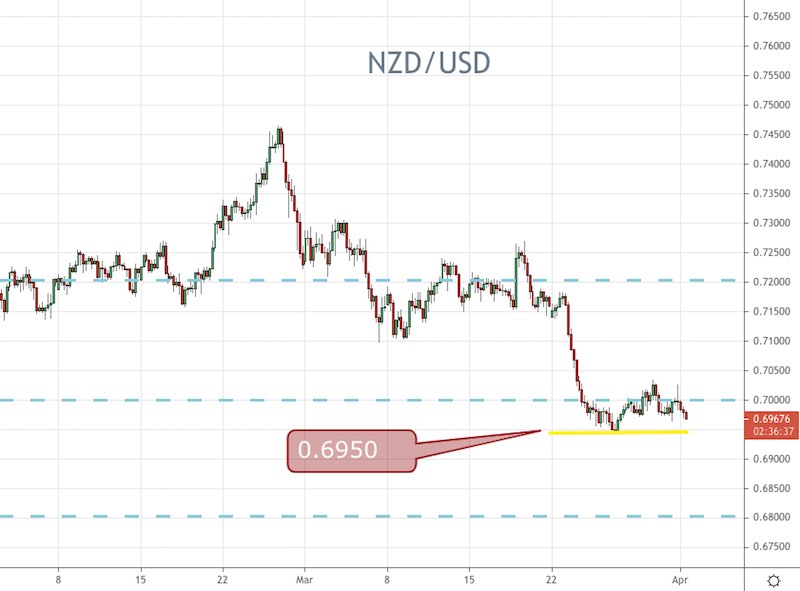 Decisive Time for AUD/USD, After the Decline in US Jobless Claims
1 day ago