Before World War One, the British Pound was considered the biggest currency worldwide, as 60% of global debts were sterling. After that, the U.S. dollar started to rise in the early 1920s, and by 1944 the dollar became an unofficial reserve of the world and fixed to the price of gold. This idea was named a Bretton-Woods monetary system. At that time, the British Pound to U.S. dollar exchange rate (GBP/USD) was pegged at $4.03.

However, the Bretton-Wood system collapsed in 1971, and both currencies involved in GBP/USD became free-floating currencies. Since then, the Pound has been weakening against the U.S. dollar. The biggest decline in the GBP/USD pair has been seen in history in two events.

The British Pound hit a seven-year low level after the global economic recession, also known as the Great Recession in 2009. The GBP/USD pair was recorded as $1.40 at that time. In 2016, the GBP/USD pair fell to its lowest level since 1985 after the U.K. held a referendum that decided that Great Britain would put out of the European Union by March 2019. Overall, the GBP/USD pair dropped by 8% on that day, which was the biggest single-day decline in the currency pair since the Bretton Woods System in 1971. 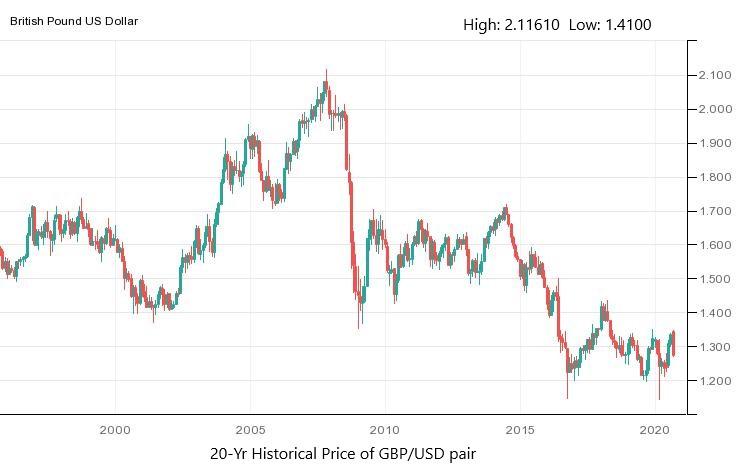 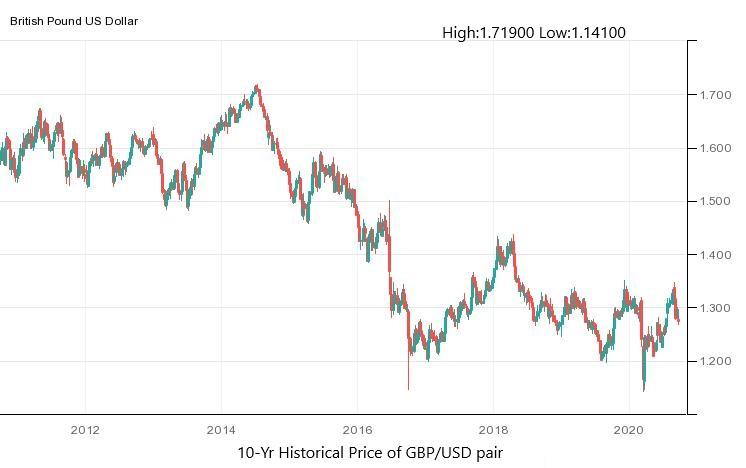 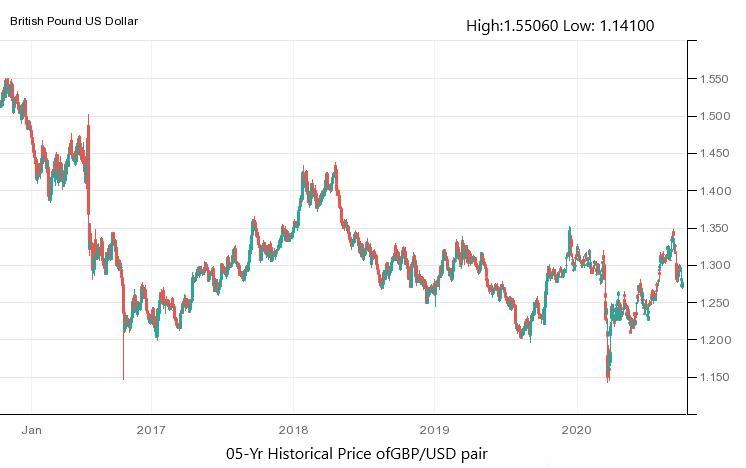 Interest Rates:
In the first week of every month, the Bank of England gave signals on its monetary policy changes, including the details about the Bank of England’s lending rate. The changes in interest rate have a large impact on the British Pound. If rates are decreased, then it is considered as loose monetary policy by BoE, and the GBP also declines and vice versa.

Economic Data:
Every month, the UK’s economic data is released that remains under observation by all GBP traders to find clues about the country’s economic condition. The UK’s most important economic releases are Claimant unemployment, the Unemployment Rate, average earnings, Retail Sales, Balance of Payments, PMI, and Housing Prices.

Brexit Progress:
When in 2016, the referendum held in the UK decided that the UK wanted to leave the European Union, the GBP/USD pair fell to its lowest level since 1971. The whole process to leave the EU is termed as Brexit that has officially started from this year. Currently, the Brexit-deal has not been finalized between both parties due to major differences in many areas, including fishing lines, Northern Ireland, and some other. Any progress in Brexit has a major impact on the GBP/USD pair as the deadline for the transition period is coming closer day by day. The UK is currently under a transition period for leaving the European Union that will end on December 31st.

Cross Rate Effect:
The currency pair GBP/USD is usually affected by cross-exchange rates like EUR/GBP. The relationship between GBP/USD and EUR/GBP is negatively correlated. It means a rise in the EUR/GBP pair due to increased hopes of the UK leaving the European Union will decline the GBP/USD prices and vice versa.