We have recently published two powerful articles regarding forex signals. The first article is called Forex Signals for Scalpers, where we explain how forex signals can help scalpers to maintain a broader view of the market as well as benefit from long-term trade ideas, since scalpers usually open and close trades for a profit of just a few pips. The second article is called “Forex Signals for Fundamental Traders”. In that article, we explain how fundamental traders can benefit from forex signals when provided with signals based on technical analysis, which is the other half of a complete analysis. It’s also the reason underpinning some moves that don´t follow the logic of the fundamentals. So we will cover why forex signals are helpful for technical traders too. 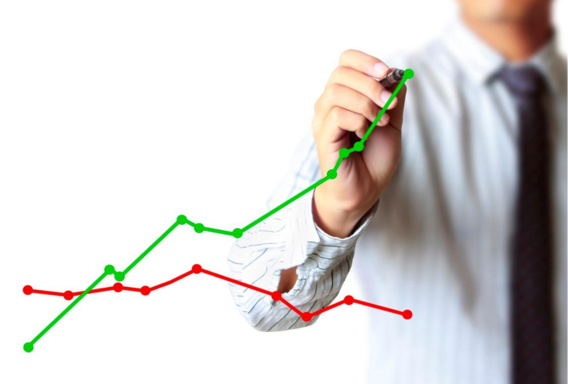 Milking the large moves – Technical analysis indicates many good trading opportunities and entry points but sometimes the timing of the exit points it indicates is premature. With fundamental analysis and fundamental forex signals you maximize the benefits of a good trade by keeping it open until the fundamentals shift and that position has run its full course. The technical indicators often reach oversold/overbought levels too early, which means that a technical trader has to close the position. The one-year sell trade in EUR/USD is a very good example. If you sold this pair at the top around 1.40 in May 2014 as a technical trader… you would have gotten out at 1.24-25 because that´s where the technical indicators told you to exit. That was a strong support level; the 200-MA that previously reversed the price was right there, the monthly candlestick closed as a doji, the stochastic was well oversold and the RSI was nearly oversold. But the fundamental analysis told a different story. The ECB promised to start the QE program and cut the interest rates the next year while the FED was entering a tightening cycle. According to the technicals, a trader would have closed the position at 1.24-25 which is less than half of the entire downward move, because as you can see the price continued down for another 20 cents to around 1.0450s. So, with fundamental forex signals a technical trader can fully milk the large moves. 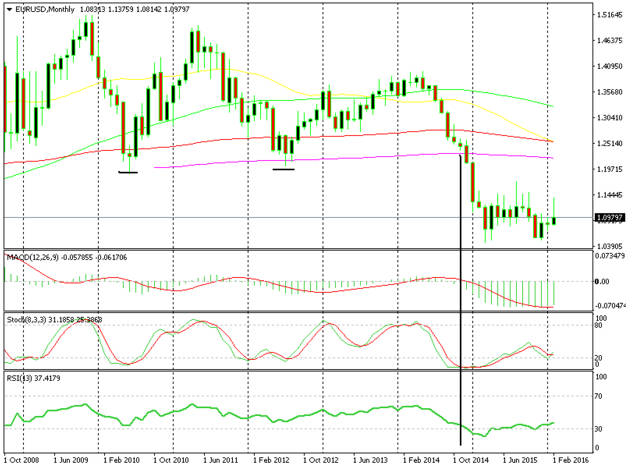 If you purely followed the technicals, you would have missed about 20 cents.

Sometimes, technical analysis doesn’t point to anything – In June 2015, I was looking at the USD/CAD chart. After making a technical analysis of the USD/CAD chart in several time frames, I came to the conclusion that there wasn´t anything to trade, whichever way you looked at it – or at least the risk/reward ratio was too small which made it dangerous. But the U.S. oil inventory data was due shortly and the published inventory was much larger than the expectations. At that moment, since the Canadian dollar is positively and closely correlated to oil, we issued a long-term signal to buy the USD/CAD, even though the technical analysis told us otherwise. As you can see from the chart below, USD/CAD moved up about 20 cents (2,000) pips since then. 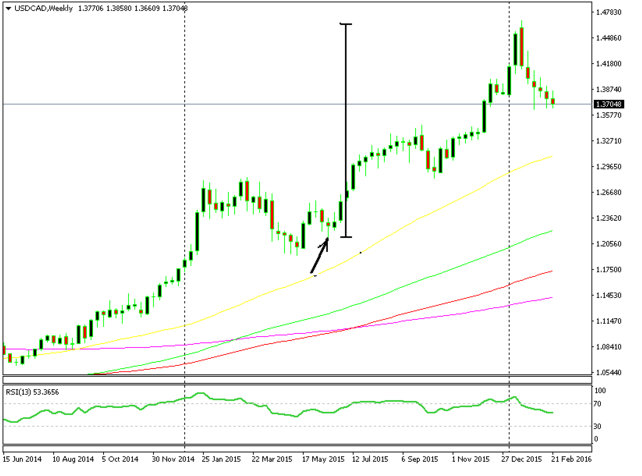 The USD/CAD gained 20 cents in just a couple of months.

Divergent price action and technicals – Sometimes, technical analysis points in one direction but the price keeps going the other way. As a technical trader, you would be puzzled and frustrated by this since you would normally open positions in the way that the technical analysis is pointing. But the divergence is usually because of an underlying fundamental reason. It might be an economic data release or an economic event. In the example below, after a strong decline down to the 116 level (which was a strong level of support), the USD/JPY declined another 500 pips below that, even though the stochastic and RSI were oversold in the daily and monthly charts.

Fundamentally, the U.S. and Japanese monetary policies were quite divergent in favour of the U.S. dollar, yet this pair kept falling. If you were an experienced fundamental analyst and saw the broader picture, you´d realize why this happened. The global economy had been slowing for a while and the Chinese stock market decline made the overall economic sentiment even worse. When there is panic in the financial markets, money flows into the Japanese yen (which is a safe-haven asset) and that was the reason for the decline in this pair. So, it would be safer to register with a forex signal provider that uses fundamental analysis as well. 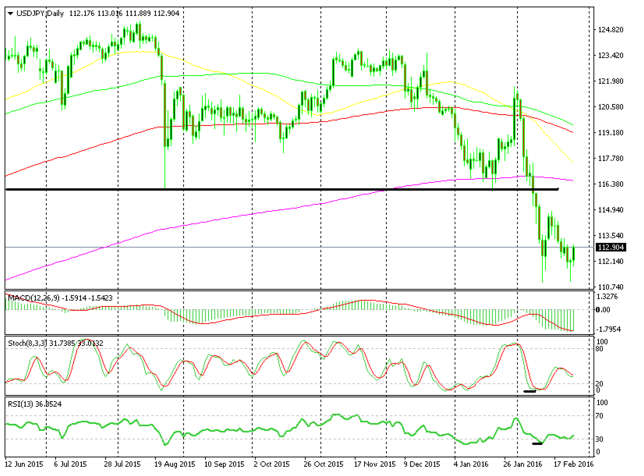 The USD/JPY fell relentlessly, even though the technical indicators predicted gains.