The Japanese Yen is the fourth reserve currency after the US dollar, the euro and the British pound. The yen is the third most traded currency in the world. In 1871, the Meji government adopted the yen as a currency for the first time. The value of the Japanese yen has grown considerably since its inception, due to the strong Japanese industrial complex. The agricultural innovation, the technological developments and the wide range of exportable products have helped the Japanese yen to become the third most traded currency globally. Ever since the USD/JPY pair started trading in the financial market, its prices have declined continuously throughout history. In the 1970s, the prices started at a level above 350, and now the pair is trading at 105.5. 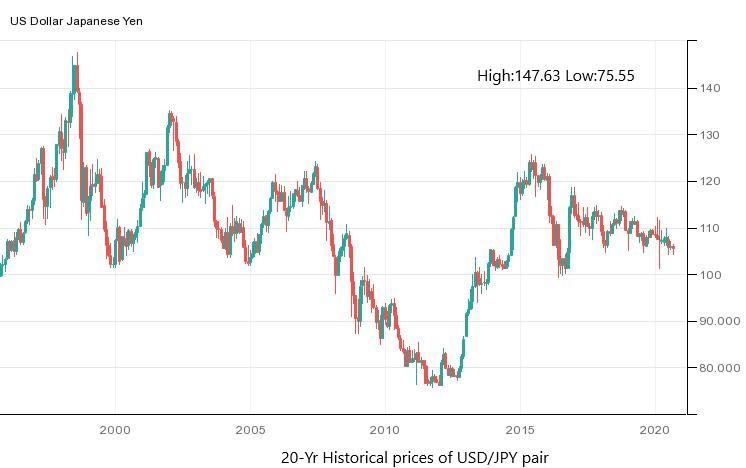 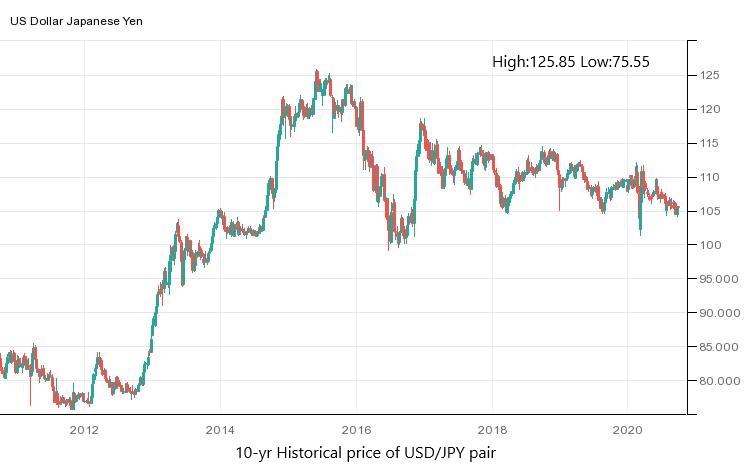 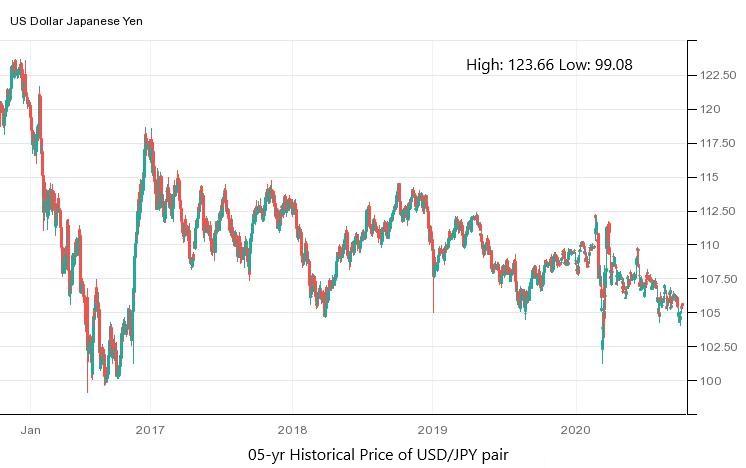 Factors that impact the USD/JPY pair:
Ministry of Finance:
The only political and monetary institution in Japan is the ministry of finance. It exerts more influence on the currency than the ministries of finance of the UK, the United States and Germany do. The officials of the MoF issue economic statements that often have an impact on the Japanese Yen.

Bank of Japan:
The Central Bank of Japan got operational independence from its government in 1998. The complete control of monetary policy was shifted to the Bank of Japan, and the responsibility for foreign exchange policy remained with the Ministry of Finance.

Overnight Call Rate:
The key short-term inter-bank rate is the Overnight Call Rate, which is controlled by the Bank of Japan's open market operations, whose task is to manage the liquidity. The call rate is used to signal monetary policy changes by the BoJ, that will impact the local currency, the Japanese yen.

Federal Reserve:
In order to achieve maximum non-inflationary growth, the US central bank has full independence when it comes to setting the monetary policy. The Fed Funds Rate, Discount

Rate, and Open Market Operations are used as signals from the Federal Reserve, that greatly impact the US dollar.

Federal Open Market Committee:
The US monetary policy decisions are taken by the FOMC, which includes the crucial interest rate announcements. These are made twice in every quarter of the year, or in other words, a total of eight times per year. These announcements hold much importance in the financial market, as they greatly impact the movement of the US dollar.

Fed Funds Rate:
The most important interest rate in the US Federal Reserve is the Fed Funds Rate, which depository institutions charge one another for overnight loans. The changes in the Fed Funds rate by the US Federal Reserve are announced at times when the Fed wishes to send out clear signals about the monetary policy. These announcements hold great importance in overall currency markets, stocks and bonds.

Economic Data:
From the US side, the most important data that influences the USD/JPY prices includes the Unemployment Rate, Unemployment Claims, Average Hourly Earnings, CPI, PPI, GDP, PMI, Industrial Production, Housing Starts, Housing Permits, and Consumer Confidence. From the Japanese side, the following data reports have a great influence on the USD/JPY currency pair: the GDP, the Tankan Survey, International Trade, the Unemployment Rate and Industrial Production.