There are two ways you can trade in forex and all other financial markets, you can either buy or sell. We usually refer to this as ‘long or short’. Long means to buy and short means to sell. If you follow our live market updates and market analysis then you must have encountered these two words very often. Often, instead of saying ‘we´re buying this or selling this’ we say we´re shorting EUR/USD or buying USD/JPY, for example.

So basically, when you open a buy trade (or in our case a buy forex signal) you´ve gone long on that pair. If you buy GBP/USD, for example, it means you have gone long on the British Pound and short on the Dollar. That is because if you buy GBP/USD and the price goes higher, which you hope it does, it means that the GBP is appreciating against the USD, therefore, the USD is depreciating. 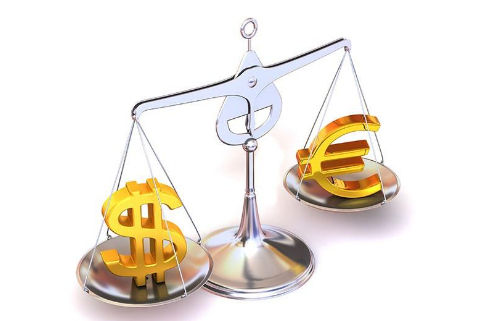 One successful example of opening a long-term buy forex signal was in the beginning of May 2016, when USD/CAD had made an impressive retrace after the epic two-year uptrend. The price just touched the 100 moving average (MA) in green so we decided to go long on this pair. So, we went long on the USD against the CAD hoping to get 300 pips out of it. As you see, the price moved up about 700 pips so we got what we went in for, as well as those who followed that forex signal. 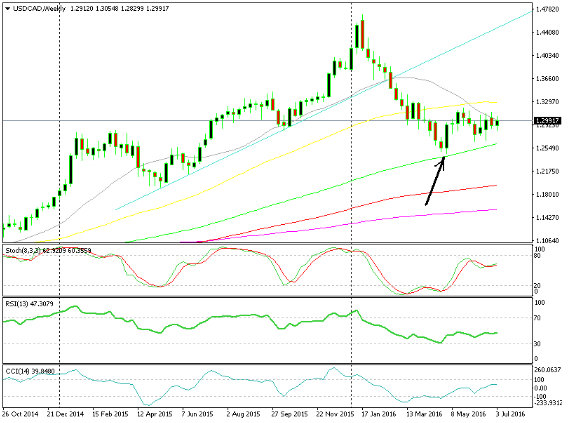 One of the best examples of this is when we shorted a forex pair was when we sold EUR/USD on the day of the Brexit referendum. We didn´t think the Brexit side would win but since this pair was around the 1.14-15 level, which has been a strong resistance level for more than a year, we believed that whatever the outcome of the referendum the price would eventually head back down. We know that the Brexit side won and, apart from the GBP, the Euro suffered as well. That triggered the take profit in our Euro short forex signal giving us a 280 pip profit. 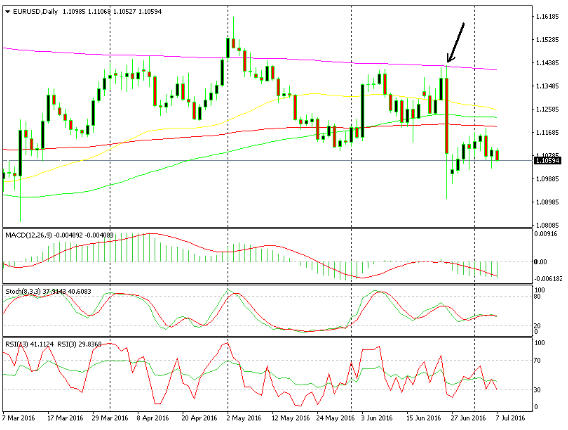 Some traders or hedge funds always go long on financial instruments and never short anything. Almost all of the central banks of the world – and the governments as well – have been in monetary easing programs for several years now, in order to stimulate the economy. Many traders believe that this will continue for many years to come until the world economy fully stabilizes. Therefore, their trading strategy is to always go long, particularly on stocks, because the more money is pumped into the economy the higher the stock prices go. They have been right so far and made quite a bit of profit.

Other traders try to find the weak points of financial instruments or figure out the negative scenario where things might go wrong and send one or many currencies and financial instruments down the drain. In the movie “The Big Short” with Christian Bale, Brad Pitt, and Steve Carell – some professional traders saw that a big financial crisis was coming up in 2008 and went short big time, which made them a fortune. George Soros was one of these traders; he sold the GBP in 1992 and shorted the AUD in 2004 which resulted in a more than $1 billion profit. Incredible trading.

But most of the traders go both ways in different financial instruments, or in our case, in forex pairs – we go both short and long. That´s how hedging strategies work. In fact, most of the financial investing institutions use this strategy, hence the name ‘hedge funds’. To properly use the heading forex strategy, you find two positively correlated forex pairs (let´s say AUD/USD and NZD/USD). If your forex analysis tells you that the USD will appreciate, in order to minimize risk, you buy one pair and sell the other. 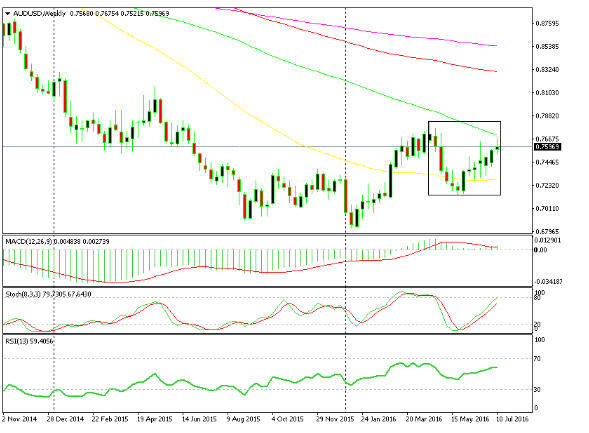 AUD/USD is lower than 12 weeks ago 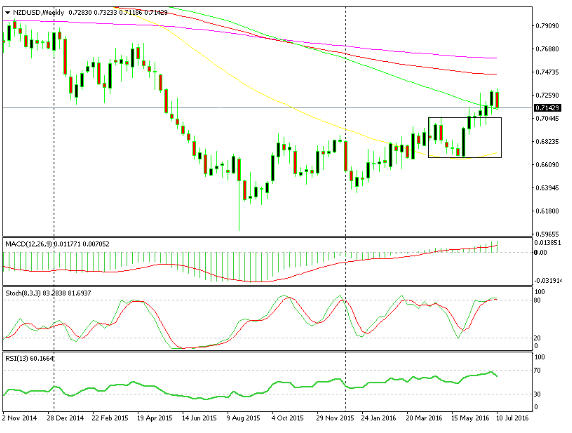 NZD/USD is higher than 12 weeks ago

While AUD/USD has been trading sideways in the last 12 weeks, it is actually lower than it was 12 weeks ago. So, you buy NZD/USD and sell AUD/USD. If things go right and the USD appreciates, then AUD/USD would fall harder than NZD/USD. In that case, you would lose 500 pips in NZD/USD and win 1,000 pips in AUD/USD. If things go wrong and the USD falls, NZD/USD is bound to go higher than AUD/USD – in which case you would again earn more from the NZD/USD long trade than you would lose in your AUD/USD short trade.

They use this trading strategy on many financial instruments. The main financial instruments where the hedge funds concentrate are stocks. Hedge fund analysts at Man Group try to find the fair value of stocks and then compare them with the real price. After that, they go long on an undervalued stock and go short on an overvalued stock. This strategy minimizes the risk which might come from other factors such as market sentiment. If other market forces prevail, the two trades combined will end up breaking even. If not, then both trades will end up in profit.

But they don´t just use hedge strategies on stocks. They also use this trading strategy on commodities, futures and forex or combined. In mid-January 2016 a hedging branch of Man Group went short on oil at $33/barrel and went long on the CAD by selling USD/CAD near 1.47, since they are positively correlated. They closed the USD/CAD trade at 1.25, which meant a 2,200 pip profit while they´re still sitting on their hands in the oil trade. If they close it right now at $1.45/barrel they will make 1,000 pips combined but they´re still waiting to get out at a better price.

As you can see, hedging strategies are a very profitable forex trading strategy which minimizes the risk and exposure. That´s the reason many of the large trading firms use this trading strategy and that´s why they´re called hedge funds. Going long on a forex pair and going short on another forex pair which is positively correlated (as we explained in the AUD/USD and NZD/USD example) will likely result in a small profit in the worst scenario. If things go as expected, then you will sit on a big profit if you use hedging strategies.