Trading the Nikkei 225 – A Beginner’s Guide

The Nikkei 225 is a price-weighted stock index or stock average of the top 225 blue chip stocks listed on the Tokyo Stock Exchange. The Nikkei can be compared to the Dow Jones Industrial Average Index of the United States.

History of the Nikkei 225

The Nikkei derives its name from the Nihon Keizai Shimbun (Nikkei) newspaper which has been calculating the index on a daily basis since September 7, 1950. The index was calculated back retroactively to May 16, 1949.

The Nikkei was established in the time when Japan was industrialized and rebuilt after the Second World War.

Major Events in the History of the Nikkei 225

Between 1985 and 1990 there was a major asset bubble in the Japanese economy. During this time, stock prices and real estate values tripled. When the bubble burst, the Nikkei lost more than 33% of its value in less than a year.

This decline continued until October 2008 when the Nikkei had lost more than 80% of the value it had in December 1989 when it established an important high.

After a long period of sideways consolidation which lasted for about 4 years, the Nikkei rebounded sharply, fueled by economic stimulus by the Bank of Japan and the Japanese government, and gained an impressive 150% between June 2012 and June 2015. 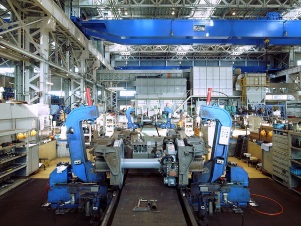 A highly mechanized factory in Japan.

How to Trade the Nikkei 225

Although there are other ways to trade the Nikkei, we’ll focus only on how it’s done on retail forex trading platforms.

Pip Value of the Nikkei 225

The pip value of a 10-contract trade size is always 10 Japanese yen no matter what the price of the index is. This is because the index is quoted in yen.

A pip is an incremental price change, with a particular value depending on the market in the subject. It’s a standard unit for gauging how much an exchange rate has fluctuated in value.

The Nikkei and USD/JPY pip value calculations are the same. If you’d like to learn more about trading the USD/JPY, here is a link to an article dedicated specifically to this pair: Trading the USD/JPY Currency Pair.

With many forex brokers, the minimum number of Nikkei contracts you can trade is 10. Some brokers have a maximum amount of contracts per trade, like for example, 1000. You can usually only trade increments of 10 contracts.

One of my brokers has a minimum trade size of 100 contracts on the Nikkei. They offer 1:200 leverage, which means you need about $88.50 to open a 100-contract position.

Of course, you need additional equity to maintain the position once it is open because any floating loss needs to be supported by free (available) margin.

Here at FX Leaders, we go the extra mile to offer traders the best forex signals possible. In 2019 alone, we bagged a phenomenal 2,118 pips!

We have recently added some really exciting financial instruments to our signals program which include gold, crude oil, and a powerful equity index – the Nikkei 225.

I can’t wait to see the first 6 months’ Nikkei signals data, as this volatile instrument has great potential to boost the number of pips we make. Let’s look at how to calculate profits made on Nikkei trading signals, with a simple example:

Let’s calculate how much you’d make if you bought 160 Nikkei contracts at 19,500 and hit an 80 point/pip profit target at 19,580. Let’s suppose the USD/JPY exchange rate remains close to 111.111 for the duration of the trade. Let’s also assume your trading account’s base currency is U.S. dollar.

Instruments Correlated to the Nikkei 225

The reason for this causation is that a weaker yen helps Japanese exports. For example, the stock prices of the major auto companies in Japan tend to move higher when the yen weakens. There are several large auto companies listed on the Nikkei. 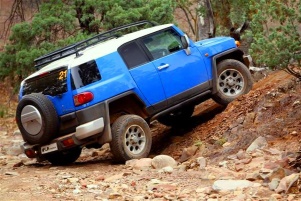 Many companies listed on the Nikkei 225 are large exporters of manufactured goods like different kinds of machinery and vehicles. A weak yen tends to boost the profitability of these companies tremendously.

Although the yen usually affects the Nikkei, the latter can also have an effect on the yen, of course. Or perhaps I should rather say, the Nikkei together with the other major benchmark equity indices can affect the Japanese yen.

You see, the Yen is a safe haven currency which tends to appreciate when investors get frightened and reduce their exposure to riskier assets like stocks.

This, and the fact that the yen is an important funding currency, often causes funds to flow from stocks back into the yen which was used to buy these stocks in the first place.

You see, the cost of lending yen is minute because of its ultra-low interest rate. Therefore, it can be very lucrative to use yen to buy riskier assets with a higher yield.

The ‘problem’ is, when investors reduce their exposure to these risky assets, the funds need to be repatriated to the Japanese yen. This can cause the Nikkei and other indices to decline while the Japanese yen rises simultaneously.

The Nikkei is positively correlated to all the Japanese currency pairs to a certain degree.

The most important index to watch when you’re trading the Nikkei is probably the Dow Jones Industrial Index of the United States.

If the Dow performs well on a particular day, the Nikkei tends to follow suit the next day. Conversely, a bad day for the Dow often means the Nikkei could trade lower the next day, especially early in the Japanese business day. 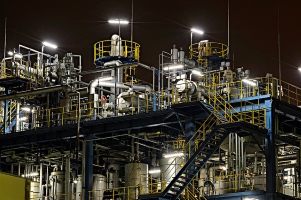 A factory in the Japanese Keihin industrial region.

You see, the Japanese economy runs mainly on exports and most of these exports go to the United States. Therefore, the Japanese business world is affected directly by the state of the American economy.

The Nikkei 225 is positively correlated to most of the major global benchmark equity indices. Some more examples include the German Dax (0.92), Australia 200, and the French CAC 40 (0.90).

Major Events that Impact the Nikkei 225

Of the many economic and political events that influence the Nikkei, there are a few that can cause substantial volatility in this equity index.

1. Monetary Policy – Actions and Comments by the Bank of Japan and the Federal Reserve

Monetary policy is certainly one of the most important drivers of the Nikkei. The Bank of Japan (BOJ) is in charge of Japan’s monetary policy and enforces the Japanese government’s economic policies.

Likewise, the Federal Reserve of the United States governs the monetary policy in the U.S.

Actions taken by the Bank of Japan to maintain the stability of their country’s financial system can cause violent moves in the Nikkei, like for instance, the positive effect that quantitative easing has had on this stock index in recent years.

Like I already mentioned, the Japanese economy is largely dependent on the U.S. economy. Therefore, the United States Federal Reserve (FED) also plays an important role in the price of the Nikkei.

For example, actions taken by the FED to tighten economic reins, like an interest rate hike, can strengthen the U.S. dollar. The USD/JPY could consequently move higher, which is usually good for Japanese exporters and of course, the Nikkei.

Major political events can cause massive moves in the Nikkei. The U.S. presidential election where Donald Trump took the victory is one such example. The effect of this election resulted in a massive daily candle on the Nikkei, with a range of 1300 points.

Of course, the Brexit vote in June 2016 also caused great volatility in the Nikkei which printed a bearish candle of almost 1700 points, declining with other global benchmark indices.

Earthquakes frequently occur in and close to Japan. The Nikkei doesn’t react well to natural disasters that damage the country’s industries and infrastructure.

Economic indicators are used to analyze how well a country’s economy is performing, and to predict future economic growth. There are three main categories of economic indicators, namely, leading, lagging, and coincident indicators.

Although these aren’t the only important economic indicators, they have great potential to move the Nikkei and U.S. equity markets; especially interest rate decisions, GDP and CPI numbers, and labor market data (like the U.S. nonfarm payrolls numbers, unemployment rate, etc.).

Economic news out of both Japan and the United States can move the Nikkei considerably.

The Nikkei is considered to be one of the most volatile benchmark equity indices. Keep this in mind when you trade it!

That’s not all, though. We also have an amazing library of forex trading strategies, as well as a multitude of articles related to forex trading, broker recommendations, and of course, our forex trading course.