Divergence in the WTI, Bulls Awaited

Let's review what's going on in the market. If you recall from our report earlier today on the WTI, the crude oil continued to trade below $53.15, achieving the suggested target levels of  $53.3 and $52.57. 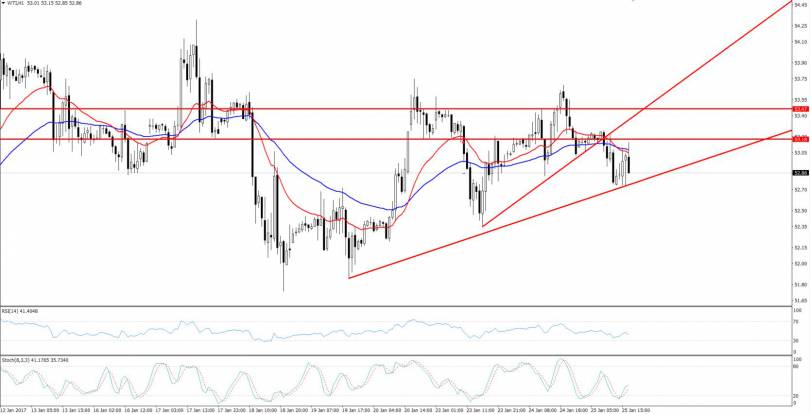 Besides that, the investor’s focus also remains at the Energy Information Administration (EIA), as it's about to release crude oil inventory updates at 15:30 (GMT) with an expectation of a 1.5M increase, which is lower than the previous figure of 2.3M.