Let's start by recalling the previous morning brief on Gold and Silver, as the market helped us milk more than 60 pips.

Today on Wednesday, the market is likely to trade on technical's, in the absence of any major event on the economic calendar from major economies including the USA, Europe, Japan, and the UK.

However,  yesterday, the Dollar traded bullish against the bucket of other currencies in the wake of weak economic figures from its peer economies, making the Greenback comparatively a better currency to invest in. Let me share my insights on the major currency pairs.

Evoking the dovish remarks by the President of European Central Bank (ECB), Mr. Mario Draghi, who de-emphasized the calls for the bank to defend its stimulus program, along with keeping the single currency on the defensive side. Besides that, the elections in different areas of the European Union are also weighing the Euro.

However, the technical side of the EUR/USD is suggesting the bearish momentum in the pair. We can see in a chart that it's consolidating right above a double bottom area of $1.0662, while staying below a descending trendline at 1-hour time frame.

Well, at the moment, I would recommend you to wait for the right time to enter the trade.  However, here are two scenarios:

The safe haven currency, Yen, has been in focus since the start of a new year in the wake of developments, not only in the USA but also in the UK and Europe. The single currency yen has soared nearly 4% against the greenback amid a lack of certainty of the U.S. President Donald Trump's economic policies. 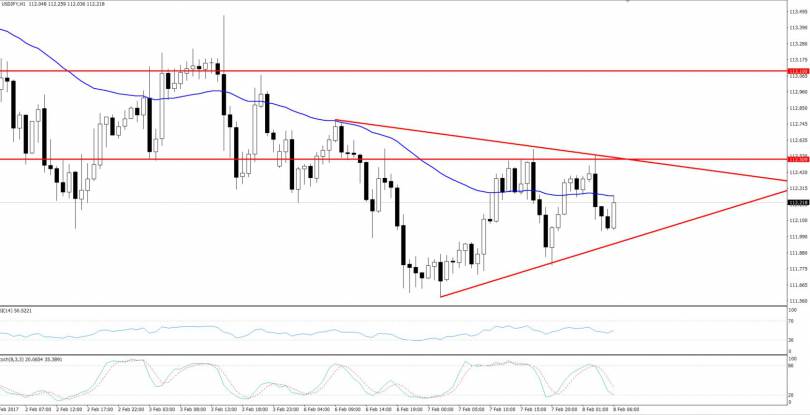 At this moment, the USD/JPY is trading at $112.22, falling -0.16 points and -0.14% in the early sessions. Well, as suggested in the fundamental's area, the pair seems bearish. We can see a major resistance at $112.509 along with an ascending trendline support at $111.850. Besides that, the RSI is also holding below 50, supporting a bearish momentum in the USDJPY.

Likewise, the Sterling also plunged to place a two-week low at $1.2345 in the early European sessions. Later, it recovered from the losses and pulled back to close at 1.2515 yesterday. The parliamentary debate on a law giving Prime Minister Theresa May the right to trigger Brexit continued to weigh on a single currency. 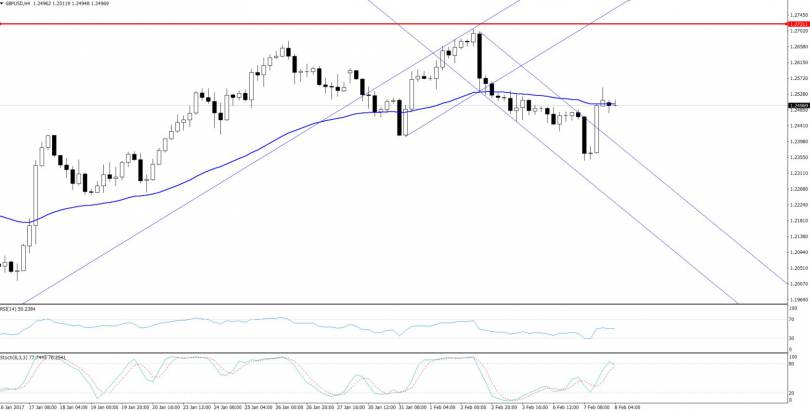 Besides that, the GBP/USD pair is trading at $1.2498, down -0.0010 points and -0.08% at the time of writing, whereas the technical view of the pair suggests a neutral sentiment of a pair. As we can see in the chart, the pair has broken above a bearish channel and currently consolidating outside it.

Well, the trend seems to be unclear right now, and I would recommend investors to wait for a clear trend to enter the market since we know it's better to stay out of ambiguous trade rather than burning money on testing luck.

As we always say, money management is the key to success in Forex.