Gold Is Ready For Another Shot! - Forex News by FX Leaders

Gold Is Ready For Another Shot!

In the 13th of March Morning Brief, we shared a gold signal that did really well for us. Our second entry in the USD/ JPY, shared in “Giving USD/JPY Another Try”, was also a good idea. Both of the trades hit profits.

However, the market has traded quite calmly in the absence of any major economic event on Monday. So we can say that most of the fluctuations in the market are caused by a technical analysis. Previously, gold soared modestly in the European trading session to a place an intraday high of $1211.09, but the gains remained limited. 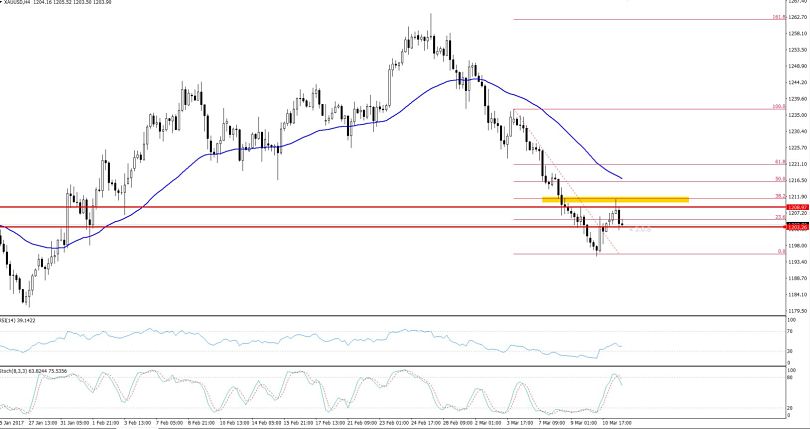 By having a look at the 1- Hour chart, we can see that the yellow metal was oversold and just completed a 38.2% Fibonacci retracement at $1211 in the early Asian & European trading sessions. However, later it dropped to consolidate in a narrow range of $1211 – $1203. We can also take benefit of the choppy trading by buying at a lower range level of $1203 and selling at an upper range level of $1211.

Gold Signal
Overall, gold is not oversold anymore since it has already completed the retracement. So based on the technicals, I am going to wait for the market to go beneath $1203 to enter a sell position with a stop loss above at $1206 and take profit at $1195.

Gold Steady at $1,774 Ahead of FOMC Member Speeches
2 days ago

Gold Breaking Below the Trendline Support at $1,765 - A Quick Sell Signal
2 days ago