During the previous week, the WTI crude oil suceeded in pulling back from a multi-week low of $47.07 and placed a high at $49.59. Bulls entered the market after the U.S. Energy Information Administration announced the decline of the domestic crude-oil supply for the first time in 10 weeks.

Nothing seems to be working out for crude oil. It remains under pressure despite output cut agreements between the OPEC and non-OPEC producers to diminish production by roughly 1.8 million barrels per day to 32.5 million by the middle of 2017. 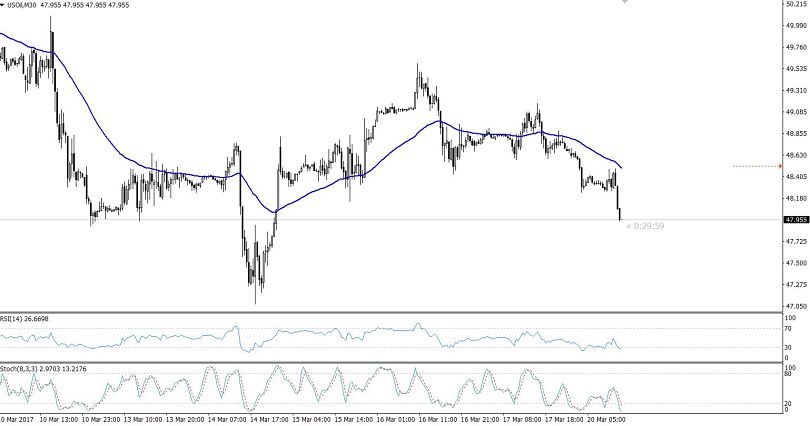 We entered a buying trade in the WTI crude oil above a triple bottom support level of $48.27. The resistance was not the sole reason. Rather, the oil was trading in oversold territory, forming a doji and spinning tops in the 1 -hour timeframe.

Alas, the bears won the fight and oil broke below a triple bottom support level at $48.27, hitting our stops at $48.15 for 18 pips.  However, our Nikkei Signal did well for us!