A Great Start With Green Pips – The Nikkei

April begins with a blessing as it gave us our very first take profit of the month. The Nikkei Signal hit take profit at $19040. Our predictions in our previous update entitled Nikkei Is Testing The 50 EMA – Is It A Sell Signal? were correct, it was a good idea not to sell the Nikkei.

The fundamentals released from the Japanese economy were definitely not in our favor, but the U.S economic events supported the Japanese Index this morning.

Today in the early Asian sessions, the Japanese economy released a few manufacturing figures. These proved that Japanese manufacturing activity grew at a moderate pace throughout March. The Nikkei final PMI (manufacturing, purchasing managers index) released at 52.4, which was below the expectated 52.6. 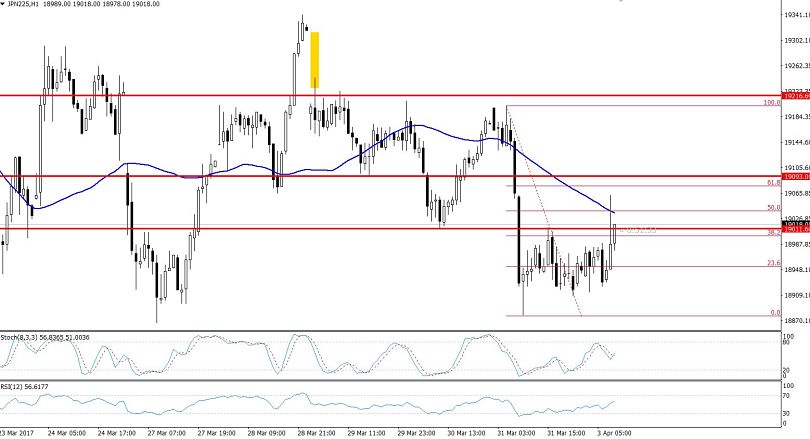 At the movement, the Nikkei index is trading at $19029 and it just crossed above 50 periods EMA at $19015 in the 1- hour chart. It seems bullish as the RSI is also holding above 50 with a bullish sentiment.

If you refer to the 4 – hour chart, we can see three white soldiers candlestick pattern which shows investors strong bullish sentiment.

Trading Signal: Though the fundamentals are not in favor of buying today, the technicals are sure about bullishness in the Nikkei. I would recommend taking up a buying position only above $19000 (psychological level) with a stop loss  $18950 and a take profit at $19135.

Ethereum Price Rejected Again: Is Another Bearish Move Coming Up?
22 mins ago