Today in the European trading session, the black gold, crude oil was trading slightly bullish at $50.60, right above a major support level of $50.45. The RSI was in support along with the 50 periods EMA. That’s why I preferred to enter a trade with a tight stop loss of $50.30. That remained in profit throughout the European sessions, showing us 15 – 18 pips of profit over and over again. 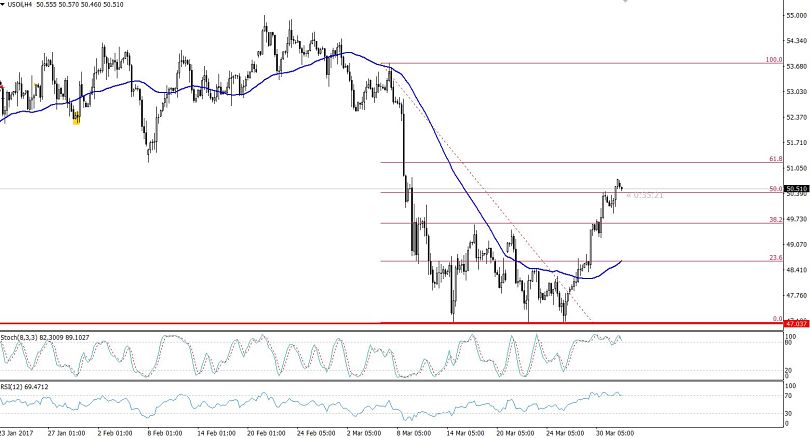 However, later in the New York session, the trade was ruined after the release of the ISM Manufacturing Index from the United States, the top consumer of crude oil. The figure dropped slightly from 57.7 last month to 57.2, though the new figure did meet the expectated 57.02

As discussed in my previous update, the United States is the biggest oil consumer in the world. So, the slow manufacturing increases belief that we may see less demand for crude oil in the future. That's why the release of bad manufacturing PMI figures lead to a sudden drop in crude oil and unfortunately took our stop-loss as well.

Fellows, I am hoping that you trail your stop-loss to the breakeven levels once the trade comes in profit. It keeps us safe from sudden reversals.