Technically, the index was holding below 50 periods EMA at $18907 and the leading indicator RSI (below 50) was also extending support to the bearish sentiment. Most importantly, we can see a strong bearish candle called black marubozu. This type of candlestick pattern is very rare to spot. Usually, we see an engulfing candle which signals a strong trend, but the marubozu is a lot stronger than any other reversal candle. Hence, we entered a sell position around $18900 which resulted in the early morning gains. 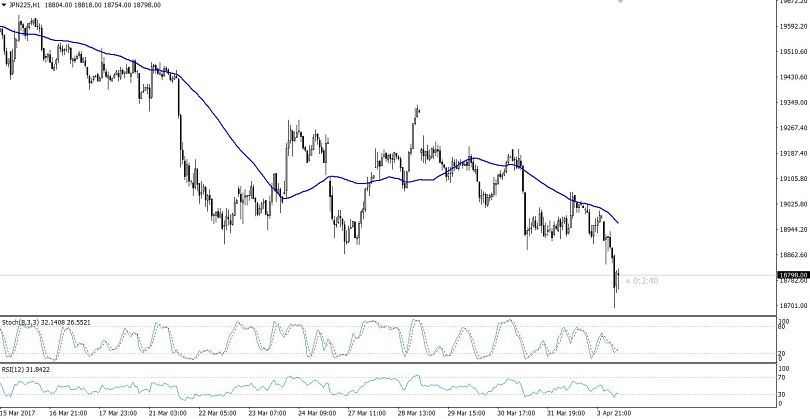 Apart from technicals, the selling sentiment captured heat after the release of the Japanese Tankan index yesterday. The figure improved to 12 for the month of March, compared to the previous figure of 10. However, the index disappointed as it came in lower than forecasted figure of 14.

At the moment, the Nikkei is holding below a major resistance level of $18860 and $18890. I'm on the selling side, but I would wait for the market to edge higher before I place my next trade.

Keep following us for more trades!