In the early Asian session, we shared a forex trading signal on the WTI crude oil, which went exceptionally well as the market was dramatically volatile. But, our take profit wasn't long enough because the entry was based on technical rules. Regardless, we still made 18 pips on the trade. Unfortunately, our second trading signal on the crude oil was unsuccessful and closed with a stop loss of $47.15.

2 Reasons Behind The Bullish Trend

First- The crude oil prices rose after Saudi Arabia and Russia decided to extend the output cuts until next March. As we know, the crude oil prices fell continually due to increased production and less demand in the global markets. This hurt the economy of OPEC and Non-OPEC oil producing countries. The output cut is likely to reduce the oil supply in the market and the lower supply will result in an increase in prices.

Previously, the crude oil was supported by a larger than expected draw in inventories, which were released by the Energy Information Administration (EIA) on Thursday. As shared in our previous report, Bullish Breakout In WTI Crude Oil – Inventories Are Out, the data revealed an inventory draw of 5.25 million barrels over the previous week. The expected draw was around 1.8 million barrels. 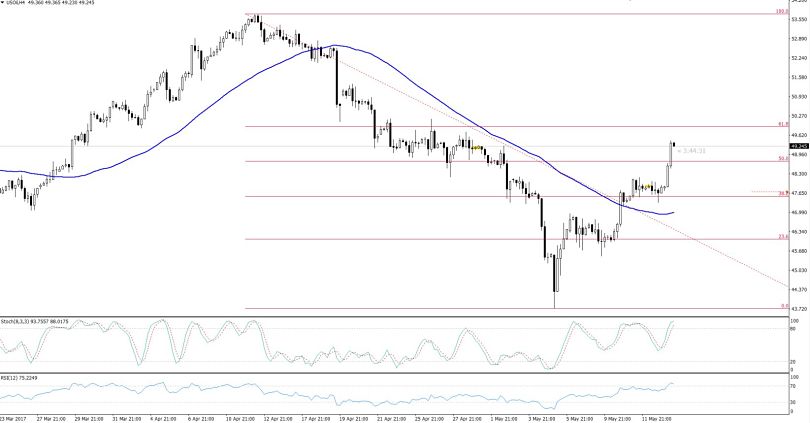 Second – On the daily chart, the momentum indicators RSI and Stochastic held in the oversold territory, demonstrating that buyers may buy the weaker oil.