Happy Friday, traders. The U.S. dollar index finally broke its losing streak due to the optimistic economic releases yesterday. The Buck had been trading under huge selling pressure for five consecutive trading days.

As discussed earlier in our Wrapping Up The Forex Trading Day – May 18th update, the U.S. dollar was trading bearish in response to the latest news that U.S. President Trump suggested that F.B.I. Director James Comey stop his inquiry into Trump's previous National Security Adviser Michael Flynn.

However, the index rose upon the release of favorable Unemployment Claims and Philadelphia Fed Manufacturing index from the United States.

The Fed Manufacturing index rose to 38.8 in the month of May from 22.0 in Feb, and U.S. unemployment claims fell to 232K compared to a previous figure of 236K.

In the early Asian session, the precious metal gold was trading slightly higher after falling more than 180 pips yesterday. The metal was under heavy demand due to U.S. political turmoil. The U.S. government has appointed Robert Mueller, former FBI Director, to investigate the allegations that Trump colluded with Russia throughout the 2016 election.

Today it's likely I will focus on $1246. Above this level, the metal has the potential to edge higher towards $1252 with a tight stop loss of $1243. Alternatively, investors can take up a sell entry below $1254. 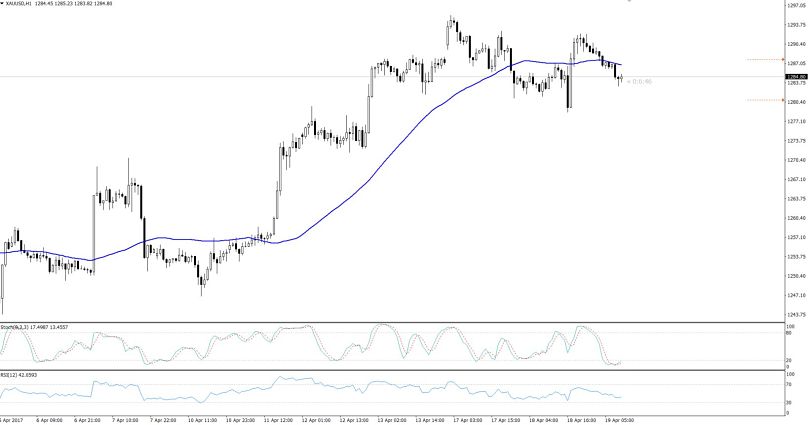 On the daily chart, we can see that the gold has completed the 61.8% Fibonacci retracement at $1262 and it's consolidating below this area. Interestingly, it has formed a bearish Marubozu, which suggests that investors are fairly certain about the selling trend.

Lastly, on the 4-hour chart, we can see a bullish trend line which is likely to extend support below $1242/44 and breakage below this level will make additional room for selling up to $1235.

Today, we aren't expecting any high impact economic events from the United States, but the Canadian economy remains in focus due to its CPI m/m and retail sales which will be released at 12:30 GMT.