After getting hit so badly, the precious metal Gold regained to $1252.00 after placing a low of $1247.81. The downward trend was initiated yesterday in the New York trading session. The bearish trend in gold came in response to a sudden demand for the U.S dollar, as the investors moved their investments into risky assets.

The FOMC meeting minutes were published today. However, despite the fact that in the recent weeks the greenback has posted dramatic drops against the Euro, Sterling, Japanese Yen, and the Canadian dollar.. the fundamental outlook for FED monetary policy remain mostly intact.

The market can stay highly volatile during the release of the FOMC meeting minutes, thus, having a buy position above $1246 with a stop loss below $1243 – along with a stop loss above $1257 seems to be a good idea. 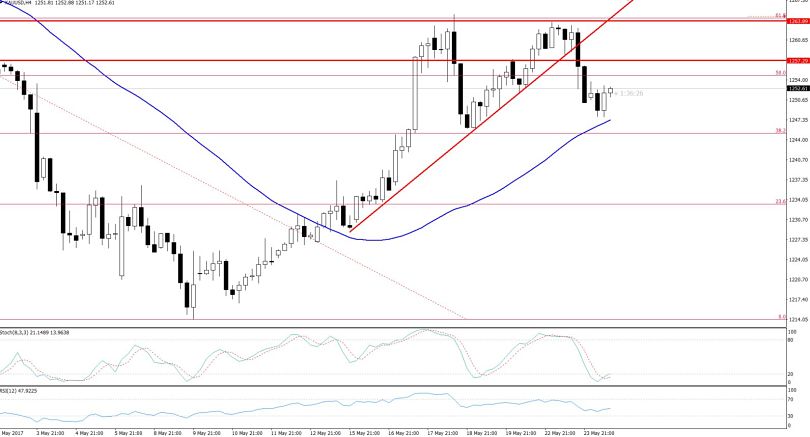 First, let me draw your attention towards our previous update A Double Top Pattern In Gold – Time To Sell?, where having a sell position was recommended below $1263 with a take profit of $1257.

One of the major reasons behind recommending a sell was the formation of the double top pattern on the 4 – hours chart. Anyways, it worked for us as the investors reduced their gold and held their sentiments that the FED may sound hawkish in FOMC meeting today.

At this moment, gold is trading right above the 50- periods moving average, which is providing it a solid support at $1246.

Lastly, it formed a tweezers bottom candlestick pattern on the 4- hours timeframe and is supporting the bullish sentiment of investors. 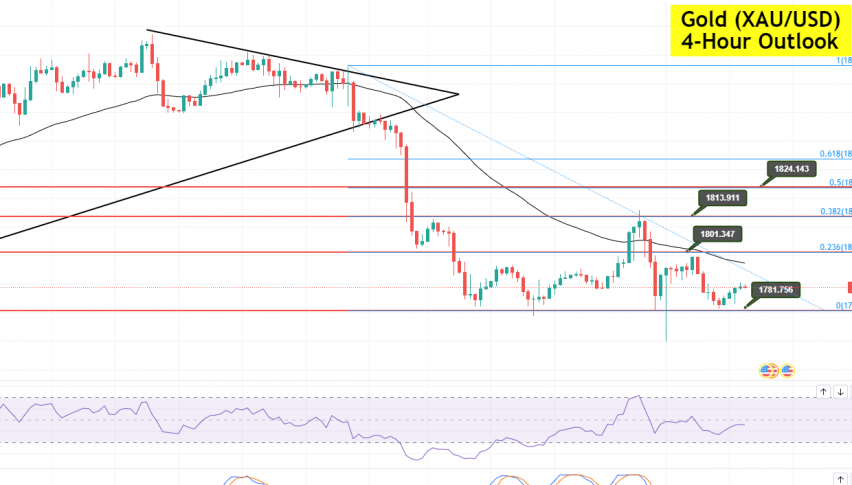