How to Trade Bitcoin – A Beginner’s Guide

Cryptocurrencies are here to stay, that’s for sure! Here is our detailed guide on how to trade bitcoin, the world's most prominent cryptocurrency. Follow this guide for information and tips regarding bitcoin trading principles and techniques, profit and loss calculation, bitcoin correlation, and major events that could impact your profits when trading bitcoin! Start your bitcoin trading journey here, today!

What is Bitcoin and How Does it Work?

Bitcoins can be transferred between individuals’ e-wallets or used to purchase goods or services online.

Bitcoin is the cryptocurrency with the largest market capitalization. At one stage, in 2017, its market cap was more than 37.5 billion dollars.

Bitcoin contracts for difference (CFDs) can be traded on the eToro trading platform. eToro offers unleveraged trading on bitcoin (and other cryptocurrencies) which doesn’t incur any commission or rollover charges. Of course, there are other brokers that offer leverage on bitcoin trading.

Trend-following strategies have yielded phenomenal results with bitcoin trading. For example, many investors who have used ‘buy and hold’ strategies have achieved good results therewith. There have also been numerous swing trading and breakout trading opportunities on this incredible digital currency. 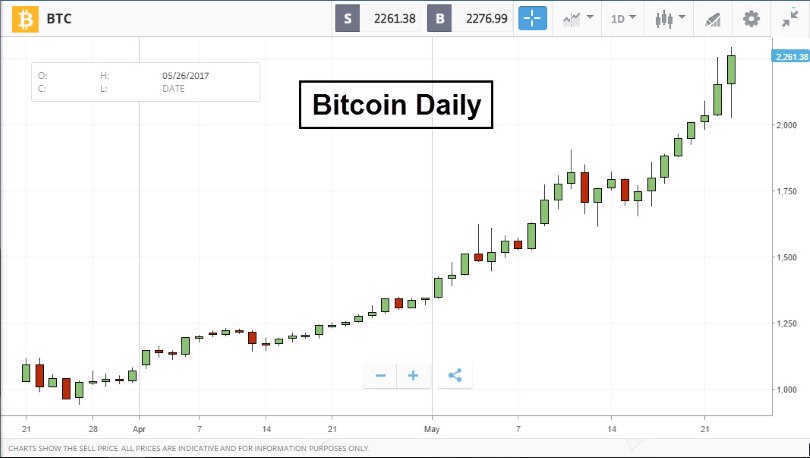 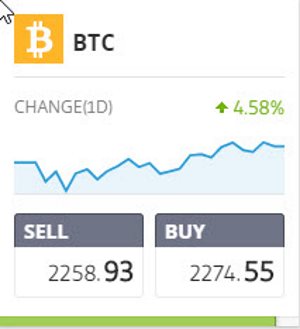 A Bitcoin Trade on the eToro Trading Platform

*For traders who’d like to learn more about trading ether (ethereum), here is a link to an article dedicated specifically to this phenomenal cryptocurrency: How to Trade Ethereum – A Beginner’s Guide.

Such events could include ‘hard forks’ which alter the internal structure of how bitcoin operates. Bitcoin faces an evolving scaling issue which needs to be addressed in some way or another.

If you’re looking for a breakthrough in your trading career, visit our forex signals page today! Those who followed FX Leaders’ trade signals made a remarkable 4,907 pips in 2016 alone! This is really impressive considering how tough the trading conditions were in 2016. To see how this was done, check out our 2016 Signals Report.

That’s not all, though. We also offer an amazing library on forex trading strategies, as well as a multitude of articles related to forex trading, live market updates, morning briefs, broker recommendations, and of course, our forex trading course.