In the Asian trading sessions today, the precious metal gold fell modestly below $1274 due to the stronger dollar and investors attempting to take profit in gold ahead of the big day.

Yesterday, the forex trading signal suggested in the Gold Gains Support – A Strong Trade Setup Ahead, finally matured in profit after floating in the loss for more than 24 hours.

There were two major reasons behind the bullish gold.

First – Just as we discussed in our Forex Signals Brief May 29th – June 4th. Donald Trump's administration is under inquiry by the FBI (Federal Bureau of Investigation) and several congressional boards. They are investigating if there was Russian interference in the presidential elections of 2016. Uncertainties are underpinning the gold prices.

Second – The dollar started a bearish trend yesterday in the New York session. The downward trend in the dollar was initiated after economic reports showed instability in both the U.S. manufacturing and housing sector. As a result, the bullish entered the alternate securities such as gold and silver.

Anyways, in the Asian session today, the gold prices dragged away from the previous session's high, as the greenback gained support in anticipation of the release of major economic figures on Friday. 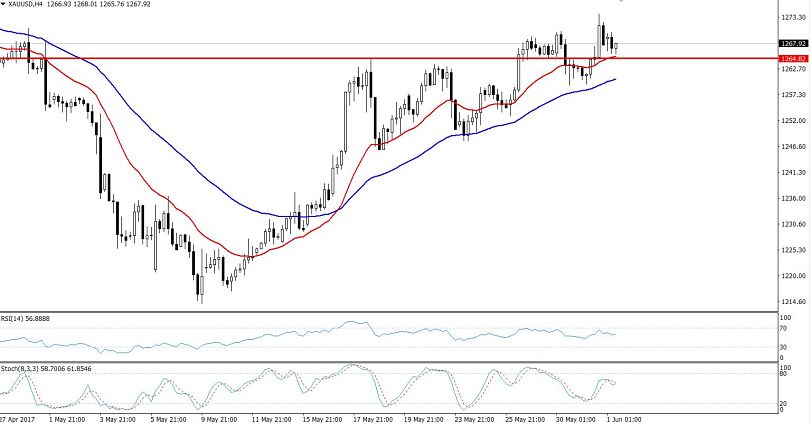 At the moment, we really can't enter any trade in the gold since the market is likely to exhibit volatility in the New York sessions upon the release of high impact economic events. However, roughly, I'm looking to enter a buy position near $1261, only if the fundamentals remain in support.