A Quick Profit In The WTI Crude Oil – What’s Next? - Forex News by FX Leaders

A Quick Profit In The WTI Crude Oil – What’s Next?

WTI crude oil has dropped for a third consecutive has begun a fresh week with the same bearish momentum. It has already erased most of the gains which came in response to the May OPEC meeting and output sentiments.

Today in the Asian session, the oil prices trimmed lower below $46.15,  as the traders are focusing on the ruthless rise in the U.S. drilling. Which definitely is against the OPEC efforts to cut output and reduce global supplies.

Let us recall that during the previous month, the OPEC and some non-OPEC producers continued a deal to cut 1.8 million barrels per day in output until March 2018.

Besides this, as discussed in our earlier report A Deadly Dip In WTI Crude Oil – What’s Going On? The Energy Information Administration (EIA) reported a build of 3.29 million barrels in the previous week ending on June 2nd.

While writing this update, one of our forex trading signals on the WTI Crude Oil has already closed at take profit. However, now I'm looking at $49.10, in order to have a Buy/ Sell position. Stay In touch for the next trading signal. 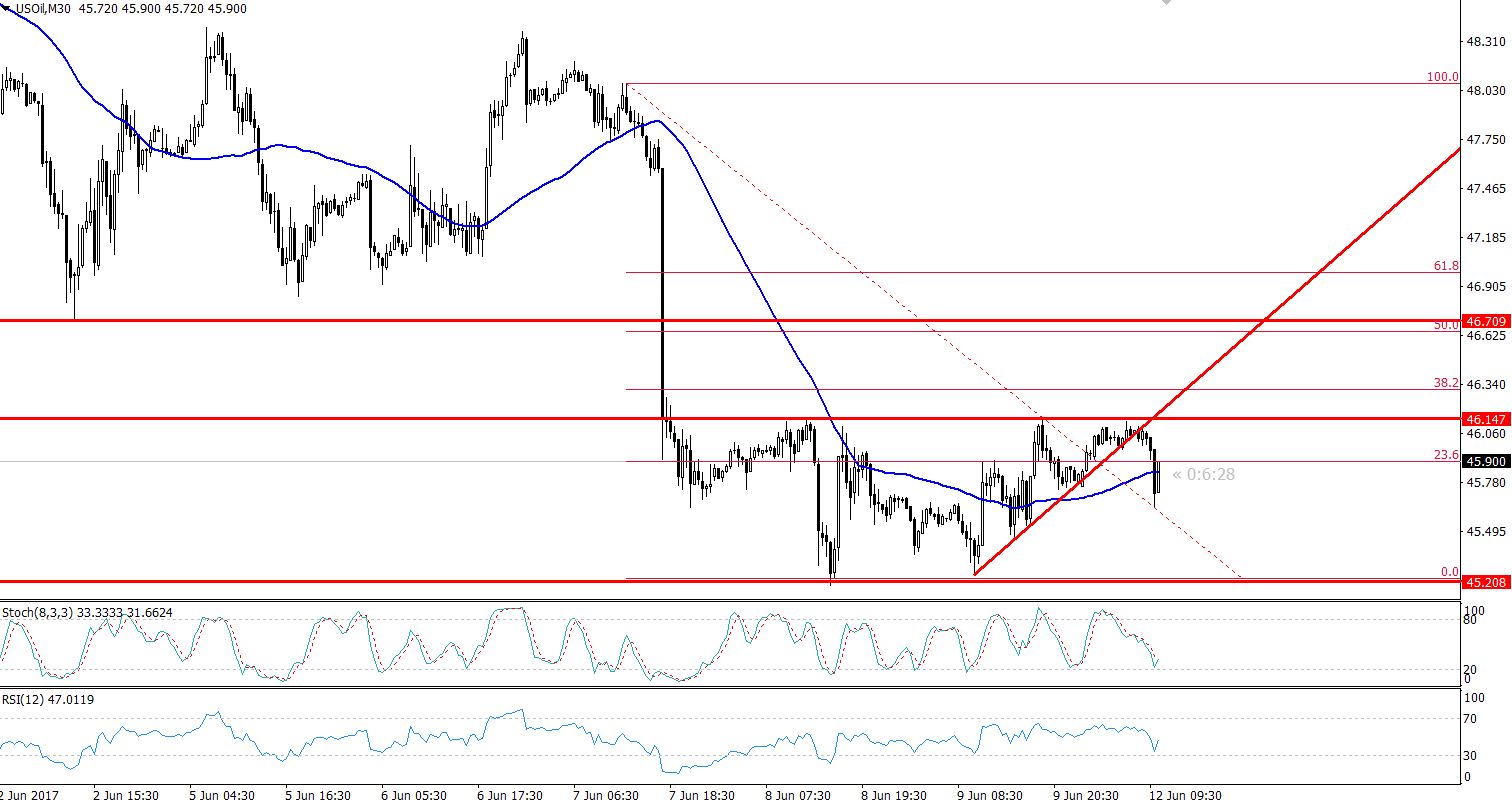 Having a look at the hourly chart, the WTI Crude Oil is trading in the narrow trading range of $45.65 – $46.15. Whereas, the RSI and Stochastic are trading at 50 & 47 respectively, demonstrating a neutral sentiment of investors. Perhaps, they are looking for the fresh fundamentals in to determine further trends for this week.

In addition to this, on the 4- hours chart, we can see a huge gap between candlesticks and the 50- periods EMA, which is representing that the prices are far away from the technical value and slight bullish reversal is imminent above $46.15.