However, the scenario was a bit different for the Japanese Stock market index. The Nikkei faced hindrance to some extent mainly due to a drop in the crude oil prices. As we discussed in our earlier update Top 3 Things Impacting The WTI Crude Oil Today, the American Petroleum Institute (API) inventory data reported a build of 2.75 million barrels over the past week, which is significantly higher than the previous week's draw of 4.6 million barrels.

The build in crude oil inventories demonstrates a weaker demand for oil in the industry. Weaker demand means there are fewer production activities going on in the corporate section. This signals that sales are likely to drop along with the revenues. Consequently, investors choose to stay out of the market. 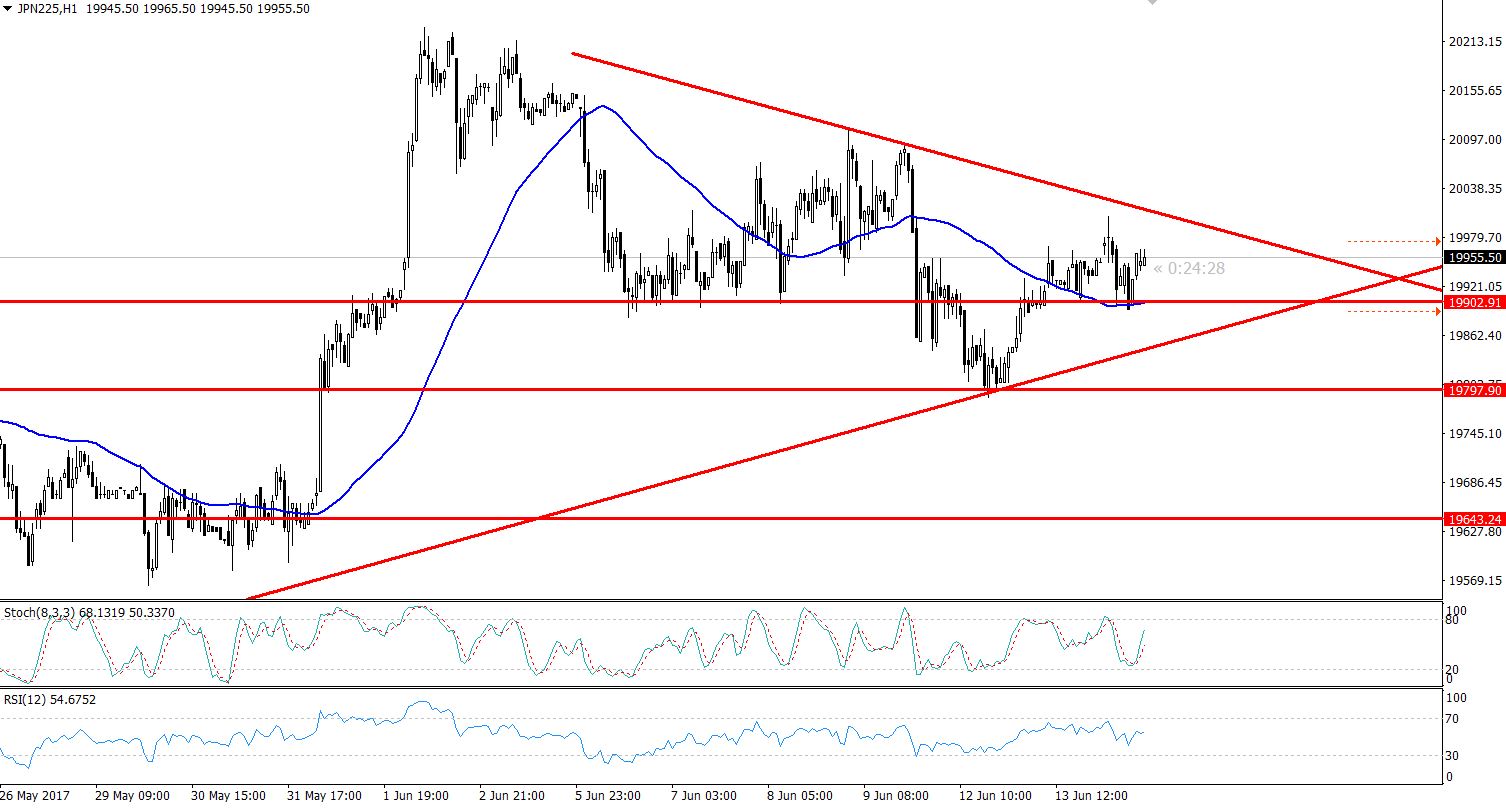 Technically, the index has formed a symmetric triangle pattern which is extending a support to $19850 and a resistance at $20015.