Today the Crude Oil is trading with a neutral bias, maintaining a sideways trend after the disappointing economic data from the US inventories. This is while it shrugs an upbeat industrial figure from the world's second largest crude importer China.

First – The trading day began with a bearish sentiment driven by the American Petroleum Institute (API) inventory data, which reported a build of 2.75 million barrels over the past week, which is significantly higher than the previous week's draw of 4.6 million barrels. The correlation between API and EIA is suggesting investors stay on the bearish side as we may see a build of inventory from the Energy Information Administration as well.

Second – The economic events from China, the world's second-biggest consumer of crude oil,  are having a heavy impact on crude oil demand. In the early Asian session,  China reported its industrial production for the month of May. The figure rose faster than anticipated by 6.5% this year, however, it was expected to be 6.4%.

Despite the optimistic data, we haven't seen any sharp change in prices. But the figure has extended a support to the energy prices.

Third – In the New York session, the United States is likely to release significant economic events such as retail sales, Inflation and Federal Reserve decisions regarding the monetary policy.  These will determine the trend for the US dollar for the upcoming trading days. A weaker dollar will support the oil prices. On the other hand, the strength in the dollar is likely to weaken the demand for oversupplied crude oil. 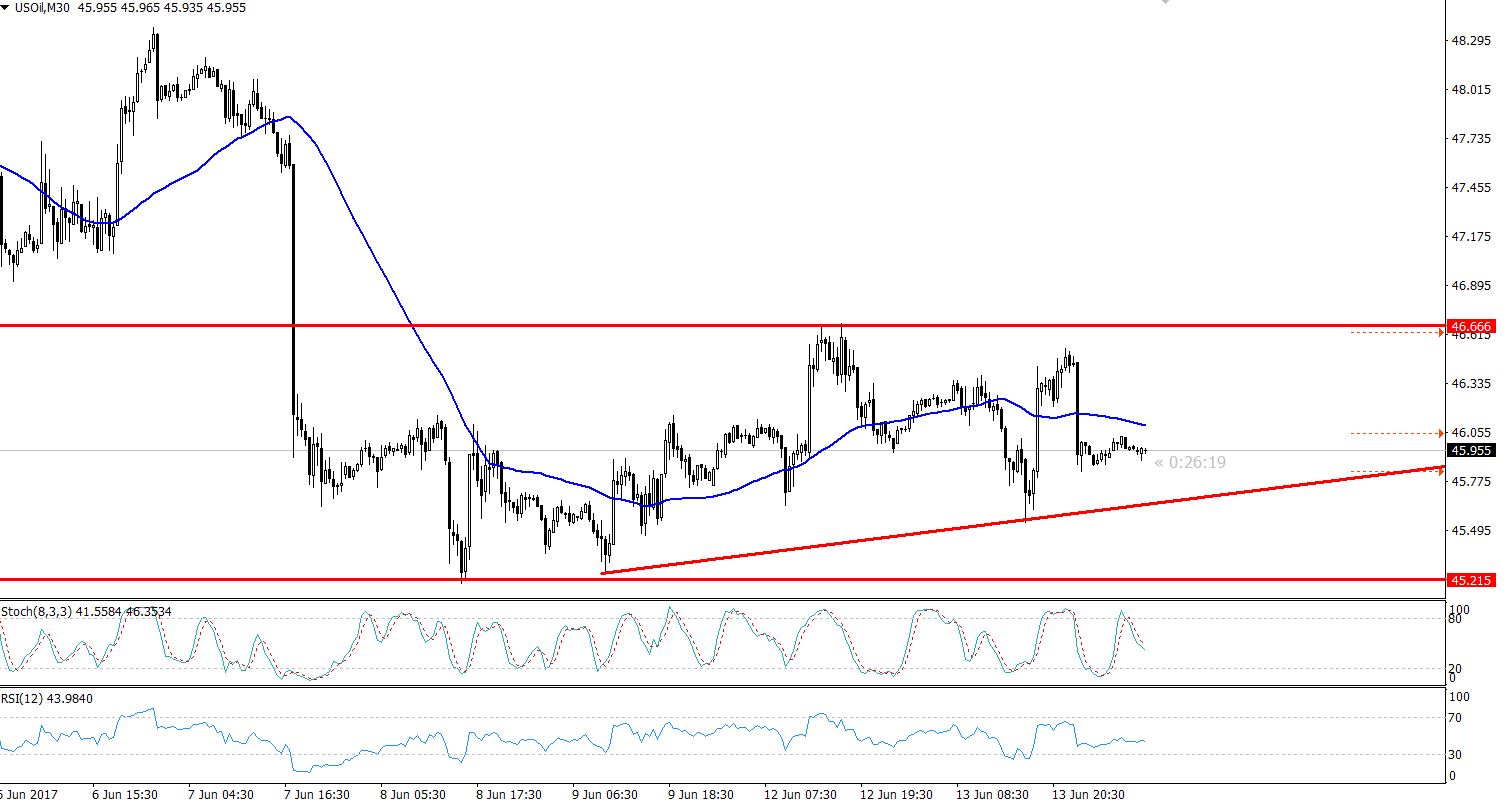 Secondly, $45.60 is a crucial trading level and a breakage to the upside will open further room for buying until $47.35.